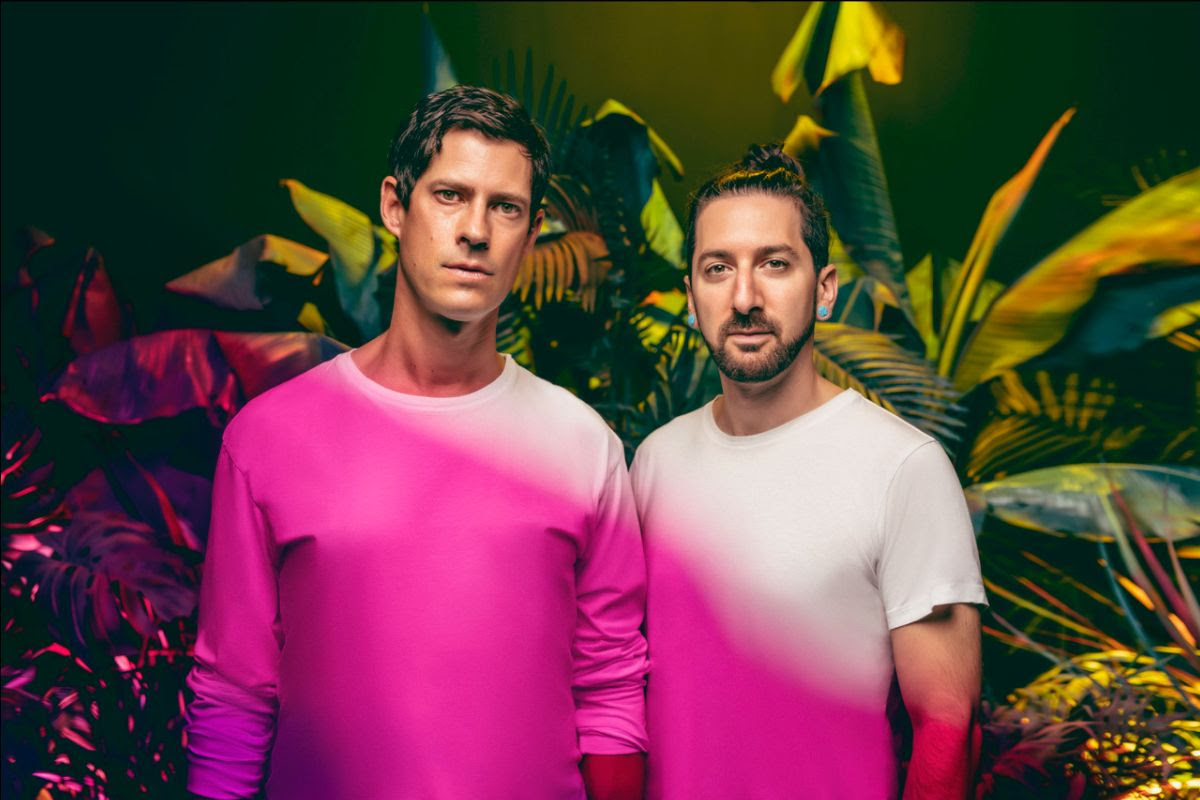 In true Big Gigantic fashion, “Free Your Mind” spans a variety of feel-good music featured with lead singles ‘Friends (feat. Ashe)’ which taps into an exotic summer-tinged vibe, to the emotional palette of sounds in ‘Burning Love (feat. Kidepo)’ and the laidback rhymes from Felly on ‘St. Lucia’ combining beachy guitar, trap rhythms and jazz-inflected instrumentals.

“We’re so excited to present to you, FREE YOUR MIND!! This album has been one of my favorite albums we’ve put together. There’s so many songs I love on this album and we’re so excited to finally be able to share the whole thing with you. We hope you love it as much as we do!!” – Dom

Along with “Free Your Mind”, Big Gigantic is proud to give the fans their debut music video for ‘Burning Love (feat. Kidepo)’. Known for her ability to fuse distinctly dreamy and atmospheric visuals with honest performances, director Eliza Brownlie reinforces this theme telling the story through the lens of three couples sharing experiences of spontaneous dates, sharing Chinese food after a trivial fight and giving all the kisses after messing up a haircut all while showing the true meaning of unwavering love.

“I might say this every album, but this really is my favorite we’ve done! Dom took his producing & writing game up 1,000 levels. Really love all the features we have and on top of all that the music is going to be sooooooo much fun to play live. Can’t wait to share it with the world!”
– Jeremy

In addition to announcing “Free Your Mind”, the live electronic pioneers are taking their 3D Live Experience on a massive 26-date tour culminating with the band’s 12th headlining date at Red Rocks with new ROWDYTOWN dates hitting New York while expanding to Los Angeles and San Francisco.