Started in 2005 and boasting 16 stages this year, no one can deny that Tomorrowland, EDM festival hosted in Boom, Belgium, is one of the world’s biggest festivals. Last year 360,000 people attended the 2017 edition of the festival and Tomorrowland walked away with a nomination from Electronic Music Awards for festival of the year. Every year is eventful, and this year was no exception.

The first weekend of the 2018 edition of Tomorrow saw an array of star acts including Steve Aoki, Alison Wonderland, San Holo, Axwell Λ Ingrosso, Hardwell, Joris Voorn, Martin Garrix and Netsky, to name a few. While there was certainly a list of massive names in electronic music on the line-up who brought forward flawless performances, there were also some wacky ‘what’ moments. The two most notable scandals of this year’s party were without a doubt popstar Dua Lipa’s tweet claiming that she is the first ever female popstar to play at Tomorrowland (not true) as well as Salvatore Ganacci’s twerking and speaker-humping-filled performance on the main stage on the Saturday. 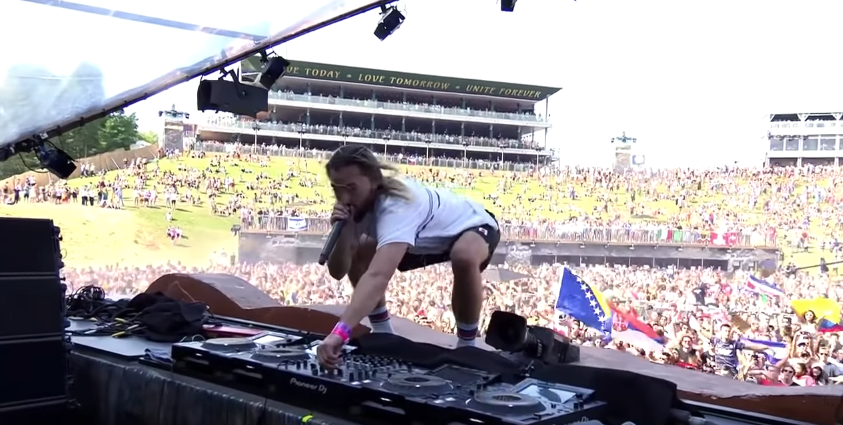 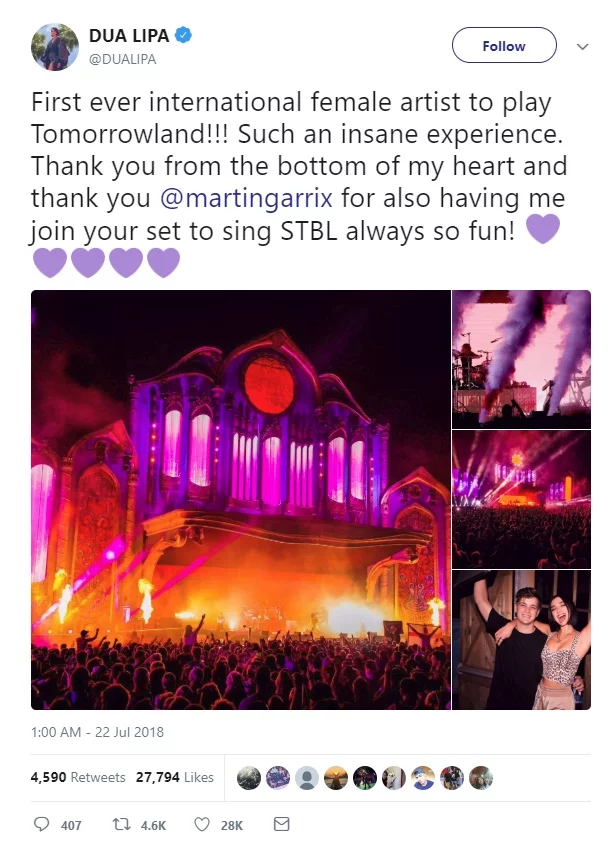 Twerking and tweeting aside, the first weekend of the festival included more than one tear-jerking tribute to one of the true greats of EDM music, Avicii. It’s only been three months since the multi-award-winning 28-year-old took his own life and Tomorrowland 2018 was the perfect setting to honour the memory of a truly great electronic music producer. Avicii played the festival for many years and was always a hit with fans and newcomers alike; partiers on the first Tomorrowland weekend were able to let loose while also remembering a great artist who touched so many people’s lives. 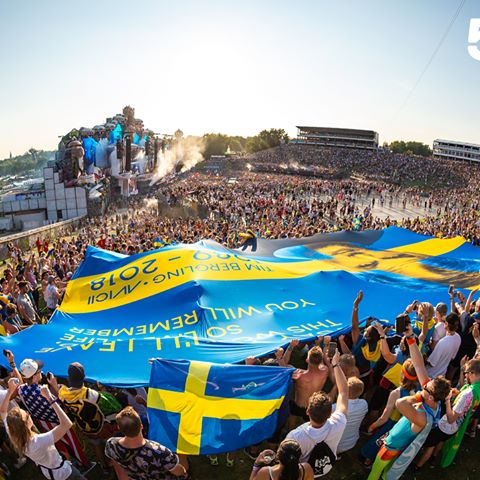 The second weekend of this year’s edition of the festival will no doubt be as eventful as the first, with more great names on the line-up such as Tiësto, Eric Prydz, Afrojack, David Guetta and many more.
Stay tuned for our take on Tomorrowland Weekend 2 coming up next week and check out the line-up here for more details.