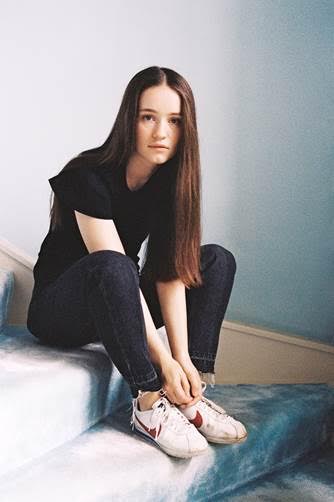 Chosen as one of the BBC Sound of 2018 artists, Sigrid has gone from unknown to one of the most exceptional breakout stars, in less than a year. Now the Norwegian pop sensation drops the video for ‘Strangers’, directed by Ivana Bobic (Stella McCartney, Bloc Party), which captures Sigrid’s effervescent performance with the camera following her around a surrealist set, which constantly spirals and reforms. “It was a joy making it. We wanted to take this feeling of seeing things differently to what they really are. The one thing that is realistic is me dancing around in my usual way,” Sigrid tells i-D.

Sigrid’s rise has been unrivalled; from releasing her acclaimed debut Don’t Kill My Vibe EP, which has amassed over 100M global streams – to playing Hoxton Kitchen, two sold-out Scala’s and announcing a Shepherds Bush Empire headline, all in ten months. ‘Strangers’ is Sigrid’s arresting new single, produced by Martin Sjolie, the dream pairing behind ‘Don’t Kill My Vibe’, with lyrics of steel, meandering melodies and stark honesty, which embodies the natural, sincere talent Sigrid has become renowned for. At only 21-years-old, Sigrid has also given her vocals to the epic action adventure Justice League, with a powerful, haunting take on Leonard Cohen’s ‘Everybody Knows’, in cinemas now.
From the tiny town of Ålesund in Norway, which sits at the entrance of a UNESCO-protected fjord surrounded by sea and mountains, Sigrid has been quietly creating a world which emboldens her followers, displaying outstanding song writing ability with hard-hitting and empowering words, laced over unexpected and daring melodies. Gracing almost every festival stage this summer, Sigrid has been dotted across the globe, from the furthest edges of Norway, to Iceland and the US, and tipped by the BBC with a stand out performance at Glastonbury. From Latitude, Wilderness, Lollapalooza and Pitchfork Paris, the constant has been masses of crowds, building with each new performance, to the point where Roskilde Festival had to upgrade the stage size as over five thousand people clicked attending on the festival app. 2018 is waiting.
LIVE DATES
Wed 17 Jan-NE, Groningen, Stadsschouwburg
Thu 18 Jan- NE, Groningen, Grand Theatre
Sun 21 Jan- SWE, Stockholm, Debaser
Mon 22 Jan- DK, Copenhagen, Vega (small room)
Mon 12 Mar- UK,Brighton, Concorde 2
Wed 14 Mar- UK, London, Shepherd’s Bush Empire
Sat 17 Mar- UK, Bristol, Motion
Sun 18 Mar -UK , Birmingham, Institute 2
Tue 20 Mar- UK, Leeds, Leeds University
Wed 21 Mar- UK, Glasgow, St Lukes
Fri 23 Mar- IRE, Dublin, The Academy
Sat 24 Mar- UK, Manchester, Academy 2
‘Strangers’ is out now on Island Records. Watch the video below.