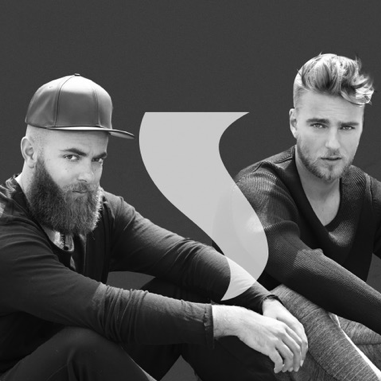 Taking time out from their hectic global touring schedule, revered Dutch duo Showtek have delivered a high-energy remix of ‘Can’t Take It From Me’, the latest single from internationally renowned dance music trio Major Lazer, out on Friday 2nd August.

Building on the feel-good vibe of the original, Showtek raise the temperature from the offset with this dancefloor-focused rework – culminating with a high-octane drop in the track’s latter stages. The respected duo also ensure that the rousing vocals of Bob Marley’s grandson Skip remain centre stage, possessing the original’s authenticity. Released last month, the original has already generated 1.8 million YouTube hits and is set to become the lead single from Major Lazer’s forthcoming album.

Speaking about the track, Showtek said: Very excited to collaborate with Major Lazer again & Skip Marley on this project. We took all the key elements of this and ‘festivalized’ it a bit.

The brothers kicked off their global tour on Friday 5th July at iconic fairyland theme park Disneyland Paris for Electroland. Bringing their trademark sound to all corners of the globe, Showtek have hit up the likes of Music Circus, S20 Songkran Music Festival and Dreamland Festival, with a double appearance at London’s Ministry of Sound and a slew of US dates still to come.

The remix comes in the aftermath of Showtek’s collaboration with fellow EDM titans Steve Aoki andMAKJ on party-starting single ‘Rave’. Already amassing over 2.6 million streams on Spotify and the official music video racking up 2.2 million views on YouTube, the dynamic anthem is a track that looks set to dominate airplay worldwide.

Far from the only high-profile collaboration of Showtek’s career, the brothers who have amassed 1.6 billion views on YouTube and almost 1 billion streams on Spotify, have previously worked with the likes of Moby, Tiesto and Hardwell, while career-defining single ‘Bad’ with dance music legend David Guetta has clocked up a monumental 377 million Spotify streams and 838 million YouTube hits since its 2014 release.

An internationally recognised group in their own right, Major Lazer is comprised of globally recognised artists’ Diplo, Walshy Fire and Ape Drums. Previously collaborating with the likes of Pharell Williams,Sean Paul and Snoop Dogg, the trio clocked in at #5 on last year’s Billboard Dance 100 list.