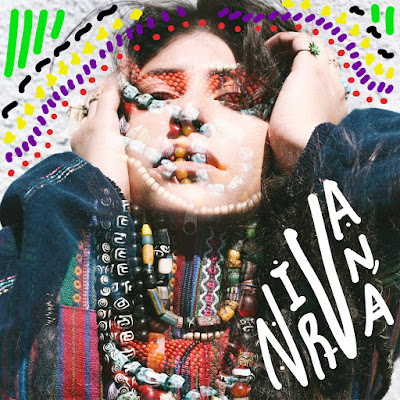 Los Angeles-based indie-pop artist Ryder is set to release her new single ‘Nirvana’ on the 17th February via her own imprint Ryder Records. Racking up over 10 million plays on Youtube already, Ryder has also made incredible impressions on Spotify, with her anthemic second single “Ruins” charting at #10 on the Spotify’s US Viral Charts and #30 on the Spotify Global Chart. No stranger to Hype Machine’s Top Ten, all of Ryder’s singles have risen to the top of the chart (the most recent “Ruins” BKAYE & Ben Maxwell Remix resting at the #2 spot). Summing up over 5 million streams on listening platforms, with ‘Pretty Little Gangster’ reaching over 1.1 million plays on Spotify, Ryder has also received previous support from major YouTube channels Mr Suicide Sheep and Mr Revillz. Deep Chills‘ remix of “Fade Away” has surpassed 1 million plays on Soundcloud, and the BKAYE & Ben Maxwell Remix of “Ruins” is fast approaching the same figure. ‘Nirvana’ will be premiered by BILLBOARD alongside a Billboard live session on the 26th of January 2017.

‘Nirvana’ was produced by Max Farrar and Phil Shaouy and co-written by Trey Campbell, who has also written with Alison Wonderland and Florrie. Ryder is currently working with producers Dave Sitek of the band TV on the Radio, (Miguel, Yeah Yeah Yeahs), Tim Anderson, (Twenty One Pilots, Halsey), Devrim Karaoglu (Lana Del Rey, Miley Cyrus) and collaborating with internet-buzz royalty, Recording artist Pell.
Hailing from NY, Ryder was somewhat of a child prodigy, starting to sing at the age of 3. By 13, she began her writing and recording career when she laid down her first original song in a cousin’s studio. Ryder continued writing prolifically over the next few years of her teens, working with writer/producers like Dave Tozer, Angela Hunte, Claude Kelly, Frankie Storm and Jeremy Skaller. Thereafter, attending NYU with other buzzing classmates like Gallant and RL Grime.