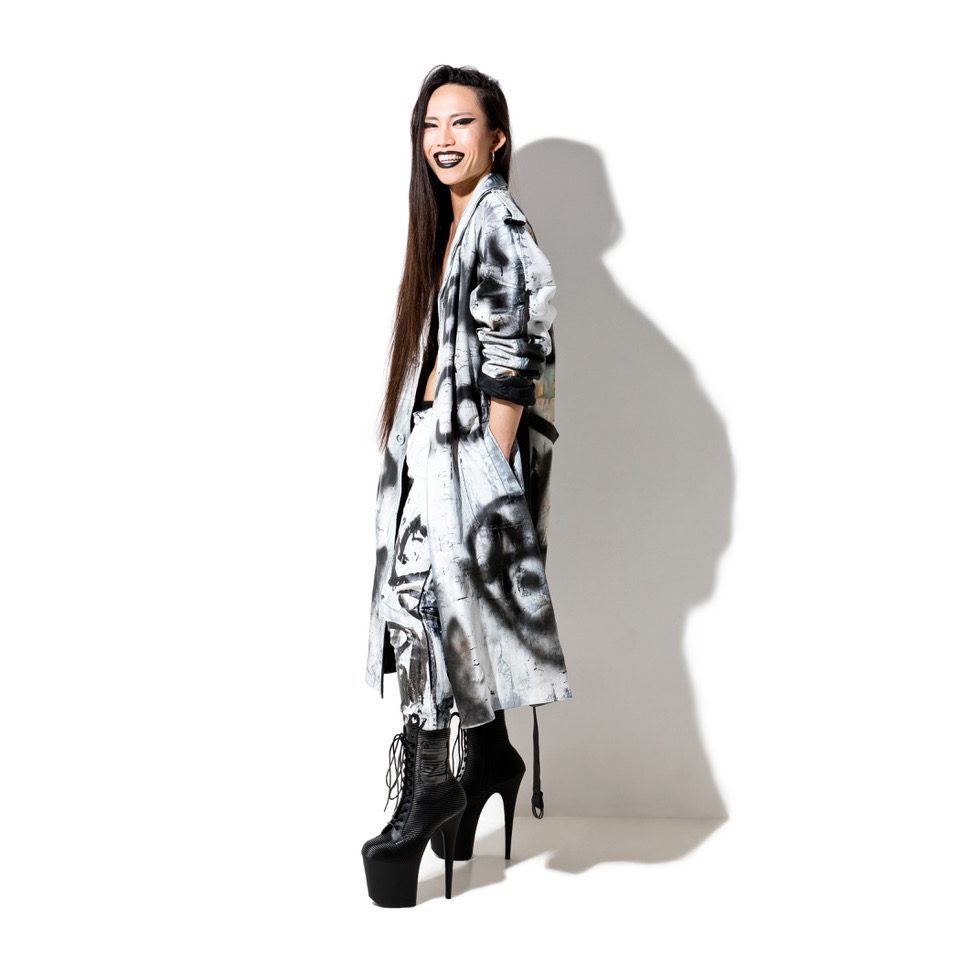 LE FIL has performed his way from the club dancefloors to touring the world stages with Spice Girl Melanie C. This year, LE FIL takes that one step further by releasing new, original music that spreads his androgynous vision even further, leading with the gender-defying song BOYO that helps his 7-year old self discover what it means ‘to be man’ in today’s world.

My highlight of the year is releasing my new single and video for ‘Boyo’. It’s a song I’ve wanted to release for so long as it’s my stance on all the gender debates that have been discussed publicly over the last few years. Toxic masculinity, trans and non-binary awareness, and gender in drag queens are all themes that have been widely discussed within the LGBTQ+ community and the mainstream media. I wanted to contribute a song that stems from my identity as an androgynous boy and to look at the benefits from reinventing masculinity in a fresh, new and positive way. It’s a message that I think the majority of ‘masc-identifying’ men should listen to!

If you could paint a picture with/of your sound, what would it look like?

Oooh, it’d have a strong pattern of graphic and geometric black lines for structure with the rhythm and beats, with juicy splashes of neons over the top for the fun verses. Layering on top of this would be the chorus – large soaring brush strokes in kaleidoscopic glitter in energetic and optimistic swirls. Then maybe throw on some pictures of semi-naked people for some gorgey good time fun!

Spice Girls ‘Spice’. Madonna’s ‘Ray of Light’. Kylie’s ‘Fever’. Anthony and the Johnson’s ‘I’m A Bird Now’, and the unreleased first album from this epic club night called ‘Boombox’ that I used to go to when I first moved to London. It’s like a mix of 80s songs, remixes, modern pop, that basically soundtracked my first couple of years in London and made me want to go out and dance for the rest of my life.

I’m really into all-round artists who have a vision that extends beyond the music, who can create worlds where their creativity knows no boundaries. In music, I really love FKA Twigs, Lady Gaga, Madonna and Beyonce for this, as they encapsulate this marriage of visuals and music really well. I love Bjork for this too, but her recent albums are much more challenging to listen to, whereas I love the power of euphoric pop songs and something I can sing my heart out to. Gaga is the one that really does it for me, especially during her first couple of albums where the music and visuals seemed out so fresh, provocative and exciting!

I think my first gig was at this small indie pub called Amersham Arms in New Cross. My band had been built from friends I’d met and from posts on Gumtree. I never knew how much work it was to put on a gig, from finding support acts to promo, to doing all the tech work and sourcing equipment. It’s always so much work, even before the rehearsing and performing itself, but I love knowing about every aspect of my show. I’m very hands-on!

I studied fine art ceramics at Camberwell College of Arts where I made lots of live art performances using raw clay, music and dance. Ever since I was a child I’ve always studied art and going to art school enabled me to move to London full time. I wanted to get messy, dirty and really creative and trying to think of new concepts and ways of working with clay opened my mind to a lot of new ways of making art.

Becoming a part of Sink The Pink, a London based LGBTQ collective has changed my life and given me so many fab experiences. We’ve performed in so many places. I’m currently touring the world with my fellow STP siblings and my childhood idol Spice Girl Melanie C! We’ve performed for thousands of fans, including at the World Pride closing ceremony in New York’s Time Square, and also for Sao Paulo Pride for 4 million people. This year we’re heading to Canada and Australia, and starting another tour with another cool singer, to be announced soon!

I’ve always talked about making Pop Sculpture – where pop music is a work of art, from the songs to the gathering of audiences, to the clothes to the props. So come join me, I cannot wait to show you all that I’m creating! Don’t you think it’s about time an androgynous Chinese long-haired Yorkshire gay boy came to take over? Let’s do it!!