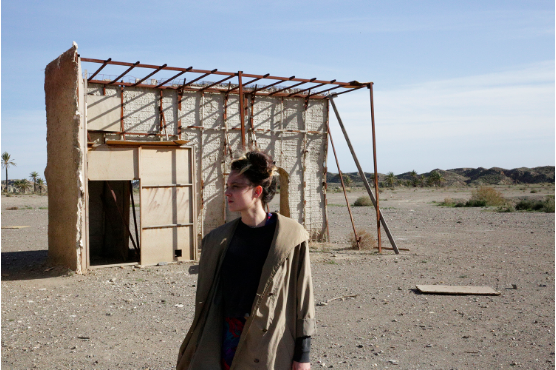 Classical music graduate, Linda Vogel began her interest in music from the young age of six with interests in Opera and singing. The Zürich born songstress collaborated with well-known percussionist Gerry Hemingway and drummer and percussionist Vincent Glanzmann in her earliest years of experimenting. Influenced by artists and worldwide musical legends Bob Dylan to Nirvana, and Chance the Rapper, Nina Simone and many more whilst curating her own unique signature sound. Her wonderful playful techniques showcase her great sense of imagination with an interesting blend of experimental-pop sounds and can be compared to musicians Anna von Hausswolff and Julianna Barwick as well as singers Marissa Nadler or Sharon Van Etten.

‘Isis & Osiris’ includes a beautiful yet raw vocal delivery that exudes elegance and a natural bliss that is coupled with a percussion build up and melodic hums. Speaking about the new single, Linda Vogel states: “I wrote the song ‘Isis & Osiris’ in a small, beautifully mystic village in Brittany called “end of the world“. I had some trouble falling asleep at that time.”

The singer will be touring Switzerland doing live shows starting in Kulturaum Nische – Zurich, Switzerland on the 13th of April.