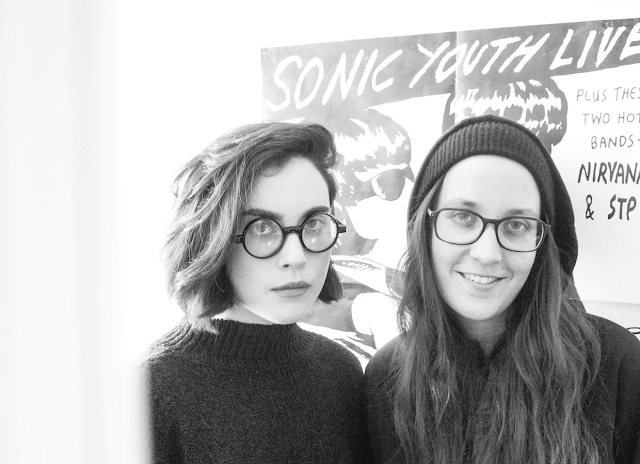 They garnered attention in 2015 when they released their single ‘The ‘Ellen’ Page’ – a track they described as a “coming out” anthem. Known for their openness regarding their sexuality, the duo Partner has just released their long-awaited album In Search Of Lost Time. The album was officially released 8 September via You’ve Changed Records. The 12-track album has a bubble –grunge feel to it and proves that it’s okay to laugh at yourself. As part of promoting their new record, they released the fun-filled track ‘Play the Field’ along with its video.

Here’s what Josée had to say about the track: “This song is based on a true story of when I  was in grade eight. My friends were really good at sports but I definitely was not; I was eager to belong. I gathered all my courage and tried out for my school basketball team. Somehow I made it past tryouts and onto the single ‘A’ team. I was so happy to just be on a team, it didn’t matter that I would only score one basket all season, or that I would score on my own team.
Lucy and I try to channel that blissful state in this song, which could be described as an effort to reclaim some of our dignity by surrendering to our true talents. It’s about admiring, romanticizing, and desiring the dignified excellence that seems to come along with being good at sports, knowing it’s something you will never truly experience but not really minding because you’re stoked that you get to hang out with your crush at practice.”
Have a look at their video here: