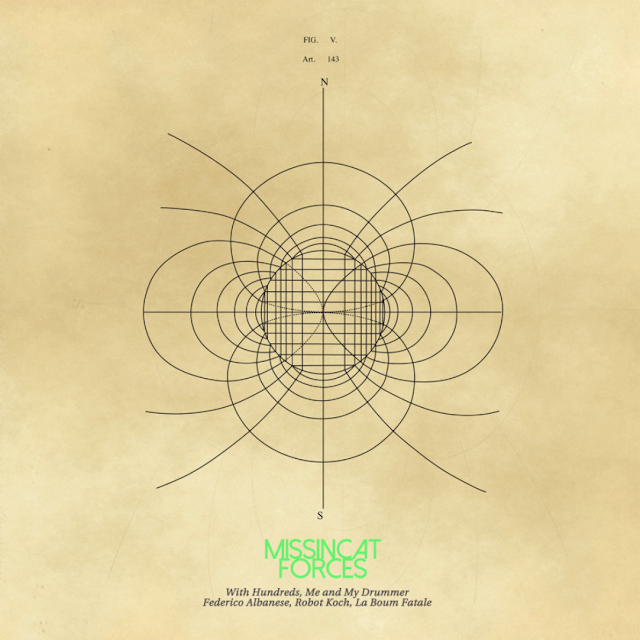 Caterina Barbier, better known as MissinCat, was born in Milan but has chosen Berlin as home. She has honed her skills writing and producing music for film scores: with Producer Martin Todsahrow she worked on the film score of Sönke Wortmann´s movie Schossgebete (2014) and on the Italian-German production Omamamia (2012) . She also recently wrote and produced the music score for Italian short Film “Fragole.”

Its difficult not to notice how the collaborations with different artists on ‘Forces’ showcase MissinCat’s versatility. The EP in its entirety is a journey through different soundscapes and genres, with an emphasis on the energy brought in by her chosen collaborators. However, it’s MissinCat’s innate ability to express emotion through sound that really stands out on. Her vocal ability lends true sentiment to every track, making for an engaging and credible listening experience.

MissinCat’s two previous albums WOW (2011) and Wirewalker (2015) were well received by critics and fans alike, but it is Forces that will cement her status as a songstress on the rise.

The EP will also be available as a signed limited edition vinyl and available for digital purchase here.

Tracklist:
1. Voices (with Federico Albanese)
2. Mother (with La Boum Fatale)
3. Melt The Ice (with Me And My Drummer)
4. Luna (with Hundreds)
5. Made Of Stone (prod. by Robot Koch)