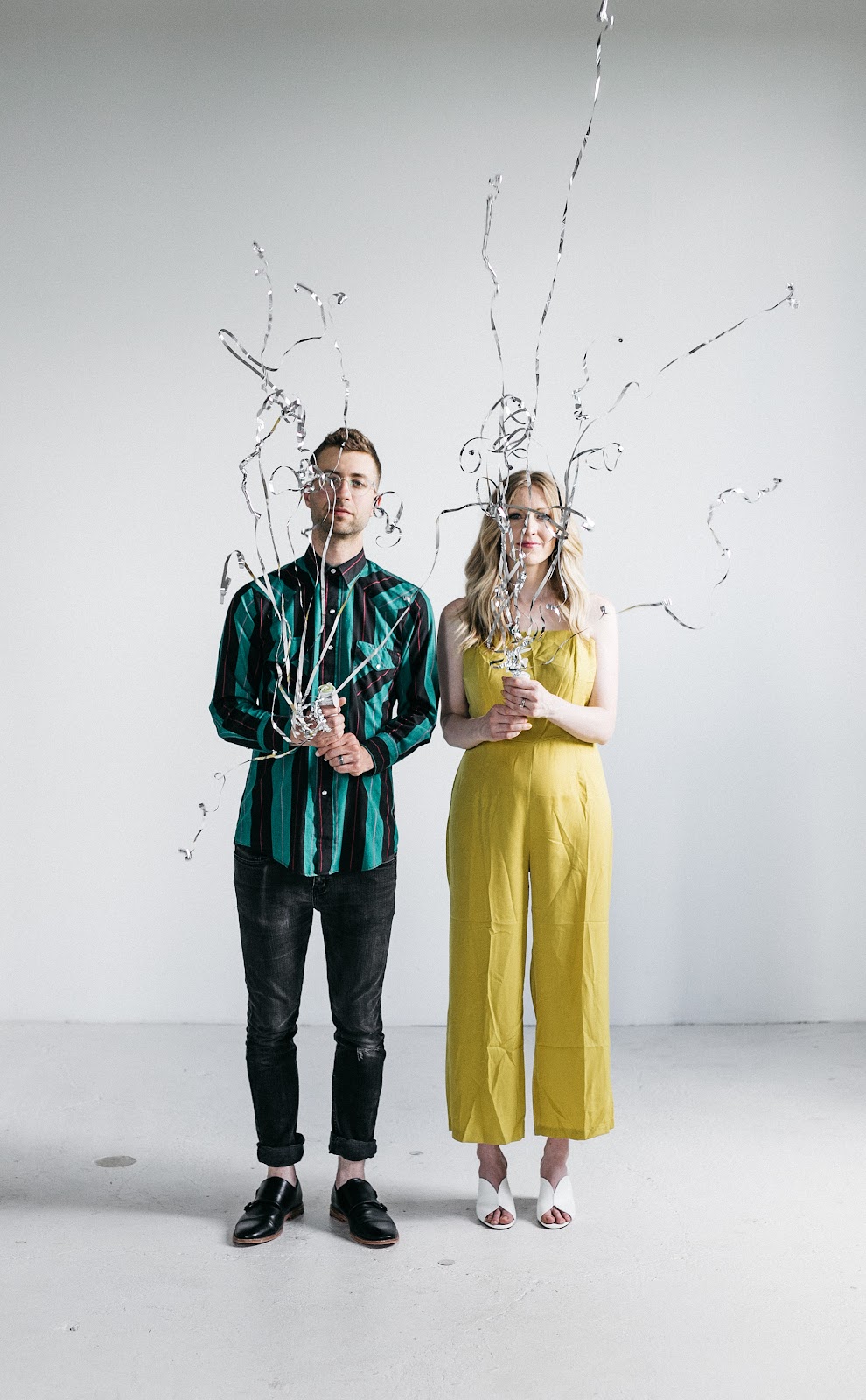 Husband and wife duo, Chris and Rebekah Bartels are the driving force behind the indie-pop Bora York. Created as a music school senior project by Chris, their music has gone on to become prominent in media today. Appearing on cable networks, featured in well-known television series (such as Mr. Robot, The Middle, and Criminal Minds) and even being picked by multinational companies for their advertising, it’s safe to say you’ve probably heard their music at some point without realising it.

However, Chirs began to doubt himself and his creative processes, with the artistic pressure reaching a peak. Their latest album, Emotion Vertigo had an incubation period of four and a half years in which, at times, it looked like it may not be completed at all. After reorganizing their priorities, the two found new inspiration and focussed on writing “what felt right” rather than what they were expected to create.

It’s a favourite aspect of ours to see personal and musical growth within this industry so of course, we jumped at the opportunity to sit down with the two. We also previously featured them as they releasesed, ‘Something Fine’ from the new album. Learn a little more about the unbreakable team below.

Chris: Listening to other music is what does it for me the most. I pick up on the details of everything – the sounds, the mix, the effects – constantly inspiring me with ideas. Films, shows, or even just friends’ and family members’ stories as well – these types of things can inspire me to write something.

Chris: I guess I’m sort of a spaz when it comes to songwriting. I don’t have any set steps – it’s different each time. I will say, a rule I have for myself is, if I think of an idea for a song, or am particularly inspired to write something, if at all possible, I stop whatever else I’m doing at that point in time, and write. Even if at least 20 minutes to start recording an idea, so I have a starting foundation to toy with later. I might be writing emails, or cleaning, or updating a website – doesn’t matter – if I can, I stop that and write. Emails and websites will always be around to work on – that creative idea might not always stick around – it takes precedence at that point in time.

But as far as a process – sometimes it starts with the music, sometimes just a simple tone or found sound, other times, it will start with the lyrics – and sometimes both at the same time. For example, our song “The Script,” on the new album – this one I had all the lyrics written out before any music was written.

Rebekah: Pretty simple for me if I’m writing a song – it’s got to be an acoustic guitar and a cup of coffee on the couch!

You’ve mentioned that creating Emotion Vertigo has been an intense process for you. What were some of the best aspects of the process?

Chris: For me, the best aspect of it was a painful one – it was the process of becoming more self-aware in who I was as a musician, and what I want to pursue in my career, and what Bora York looks like. It probably sounds dumb now, but I think for years with Bora York, I was sort of thinking, even subconsciously, that we had to follow this template of what an indie band looked like, and what we did and pursued. Touring, playing live a lot, building a constant social media “presence,” getting on the radio, getting featured on blogs, maybe getting signed – putting this constant pressure on ourselves – or mostly on myself – to build this… “thing.” And to be honest, I sucked at a lot of that. I came to realise, with growing pains, that this template – even if it’s just self-inflicted – is just not for me.

There’s a reason I have so many different artist monikers and music projects – it’s because I really just love writing and recording music. That’s it. That’s my template – being at home, in the studio, writing. And sure, with that, there are some shows, and some traveling, and social media, and all that – but I actually do love all that stuff, when I’m self-aware of its place in my life and my pursuits. So, regarding this album, there was a turning point, painful as it was to sort of let go of what some of those dreams looked like for me, where it really creatively freed me up to finish the album without thinking of templates and results and this burden of output. That’s where a lot of the emotional ups and downs of the album are birthed from as well.

What are your personal favourite tracks on the album?

Chris: ‘Too Soon, Too Cold’. The dark, moody, weird, emo one, haha. I just think it’s one of the more creatively layered tracks we’ve written and, depressing as it is, it also contains one of my favorite lyrics: “I bet my heart and you cashed in, in on the break.”

Rebekah: I’d have to say ‘I Finally Let My Heart Grow Again’ and ‘Dry Land’. I love the vocal melodies on these.

Chris: I won’t share too much since it’s a personal story, but one time we were sent a Facebook message from someone who said a couple years earlier they were desperately sad and were driving around at night looking for a tree to run into when they heard our music for the first time. They said our music saved their life. As you can imagine, I really had no words – that’s so stunning, so humbling.

Rebekah: Our Secret Youth album release show a few years ago definitely comes to mind. The amount of people and seeing how many different people we knew and didn’t know and support us, and fully engaged, dancing with us, singing along – it was such a memorable night.

Chris: I’m not sure success can, or necessarily should be defined. I feel it’s important to be open-minded, to be okay with and even embrace fluidity in creative and career pursuits. Because I never want to get to a place where I’m complacent, or comfortable with where things are at with my music. I never want to lose that energy, that drive. I think with the way I’m wired, I don’t need to worry about that. Maybe I should have more defined goals and such – at the moment, I’m just going forward – writing as much as I can and seeing where things lead. Ultimately, if I can provide for my family making music – that’s really a dream come true. I can’t ever take that for granted.

Chris: For Bora York specifically, we’ll be pressing vinyl for the first time with this album, so that’s exciting – orders available now on our bandcamp page. We’ll be playing an album release show in the spring here in Minneapolis – that’ll be tons of fun. Then, to be honest, I think we’ll be putting the brakes on Bora York for at least a little bit – it goes back to not worrying about that “template” again – and being okay with pursuing whatever feels most natural. And in 2020, for me musically speaking, I’ll be focusing on my Elskavon project – I have so much in the works with that right now that I’m incredibly excited for. Then, we’ll see what the future holds – like I just mentioned – gotta be open-minded!

Chris: Nothing famous. But I guess I’ll just say I believe it’s important to keep supporting each other as musicians and creatives. If you’re anything like me, it’s easy to compare yourself to other musicians, or to carry this burden of output, and of dwelling on where I “should or shouldn’t be,” instead of simply creating. That’s where the good stuff happens, though.