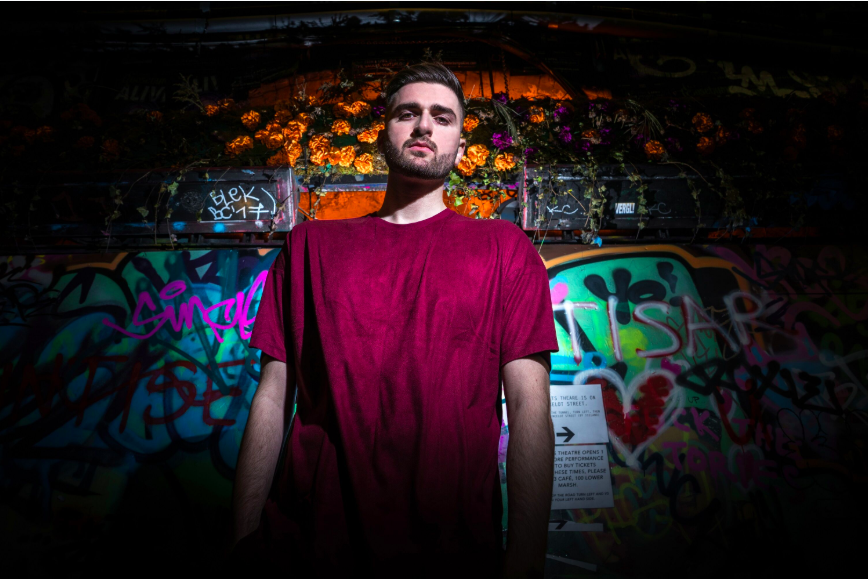 28-year-old Tobtok aka Tobias Karlsson, is one of the most talented artists leading the new wave of Swedish electronic music DJ / producers. He has generated over 100 million streams on Spotify alone, enjoyed consistent DJ and radio support (BBC Radio 1, KISS FM, Capital Xtra and more) is in high demand as a remixer and producer for other artists, and still finds the time to DJ around the world.

With the success of his productions, Tobtok has had the opportunity to showcase his skills as a DJ. Hugely respected house label, Toolroom, invited him to provide a mix for their ‘Miami Poolside’ album series, he has graced the decks at Ushuaia in Ibiza 6 times to date, and played The Warehouse Project, Village Underground and Kitsuné nights. Tobtok continues to prove he is a rare talent.

Looking back, what were some of your earliest entries into music appreciation? And music production?

I remember when I was 6 years old or so and was at my grandparents’ house and they showed Michael Jackson performing live, and I remember that I thought he was a god. I liked the rawness and the punk aesthetics that would have been from the ‘Bad’ era which latched on to me from that moment. I started out with music production in high school where they had a course called Music and Computers. I had always played in rock bands in my teens but wanted to get into the computer-aspect of it and instantly got hooked!

If you could paint a picture of your unique sound, what would it look like?

It would probably look like some weird street art mixed with contemporary minimal design. I’m actually into a lot of painting, drawing and graphic design. I do some of my own artwork.

What are some of your key musical influences?

I’ve always stated that the work of Nile Rodgers has been a massive influence on my music. Apart from that I’ve been very influenced recently by Calvin Harris. Say what you want about his music style but he’s definitely one of the best producers and songwriters of our time.

I usually start out with just a standard piano and try and put some chords down. Sometimes I have a song melody in my head that I try to put down and translate with an instrument. But there are always different things that spark my creativity. Sometimes I can find a weird sample that gives me an idea or just a couple of notes from some instrument.

I always get most inspired when I listen to music in my spare time. There are always different things I snap up from different songs and as a full-time producer, I tend to dissect music and analyse it.

As an artist, it becomes apparent that there is a huge difference between the art and the business. Is there anything about the music scene that you would personally change?

I personally hate that it it’s not enough to just make good music that speaks to people today, but that you also have to be an influencer, a fashion-icon and a marketing guru to make it! Social media has really changed the way we consume music. Back in the days everything we knew about artists was what the media outlets wanted us to know through television and magazines. That’s very different from today, but then again, I like how open we are as a society when it comes to information. It just needs to have some kind of balance!

Tell us about the chemistry you have with your fans on stage.

I tend to be quite focused on mixing and track selection as I don’t want to pre-programme anything. I’m not so much into the whole EDM-thing when you just dance and scream in the mic, it feels kind of shallow to me and a way to compensate for average Djing hehe. I get engaged and energized when the crowd gives out a great response.

I think it was when I had a headline show in Sligo, Ireland  to a full house of 2,000 people and the crowd were absolutely nuts and sang along to all my own music! It was quite a feeling that I will never forget.

I’m really grateful of what I’ve achieved so far. Just to be able to live fulltime on music for years now feels like an achievement not many people are lucky enough to accomplish. My goal is to grow every year and hopefully leave behind a legacy that people will enjoy for decades.

Loads of new music! I’m sitting on an album worth of music that will be rolled out for 2020!

If it’s stupid but it works, it ain’t stupid.