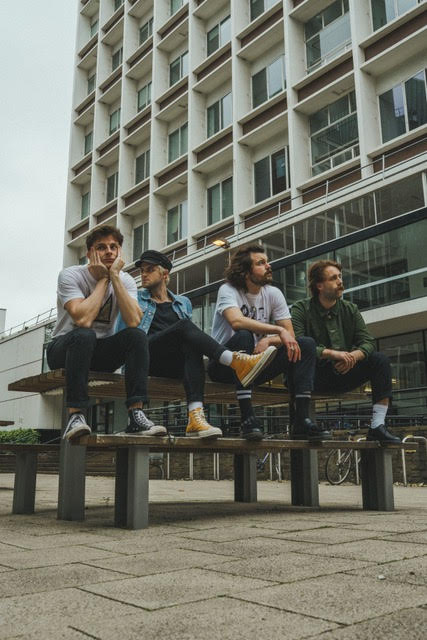 Manchester’s self-proclaimed “ugly ducks of indie” THE BRIGHT BLACK have released their new single “Serotonin” via AWAL and confirmed a handful of live shows for Autumn.

Recorded in September 2018 at Catalyst Studios in St Helens, and produced by Ady Hall and Lee McCarthy of Sugar House, ‘Serotonin’ is a backlash against toxic masculinity and a middle finger to gender binary norms.

“The song was written as all our songs are, jamming in the practice room. It started as a heavy funk jam, but it was when we got into the studio that we had the freedom to turn the track into what it is now” explains guitarist Ryan Flanagan.

Heavily influenced by the likes of Prince, David Bowie, and 90’s floor-fillers; ‘Serotonin’ sees the four-piece head in a new direction from their earlier releases and represents exactly what The Bright Black sonically do best.

The Bright Black are that extra Jaeger bomb you just shouldn’t have had. The ugly ducklings of indie, a Britpop hangover on Manchester; the band has only one demand – love yourself, love each other and love The Bright Black.

Despite still being in the early stages of their career, the four have already nailed down career highlights including support slots with the likes of YUNGBLUD, Larkins, Razorlight and The Fratellis as well as packed out hometown shows at Manchester Academy 2, The Deaf Institute, Soup Kitchen and Band On The Wall.

THE BRIGHT BLACK ARE: