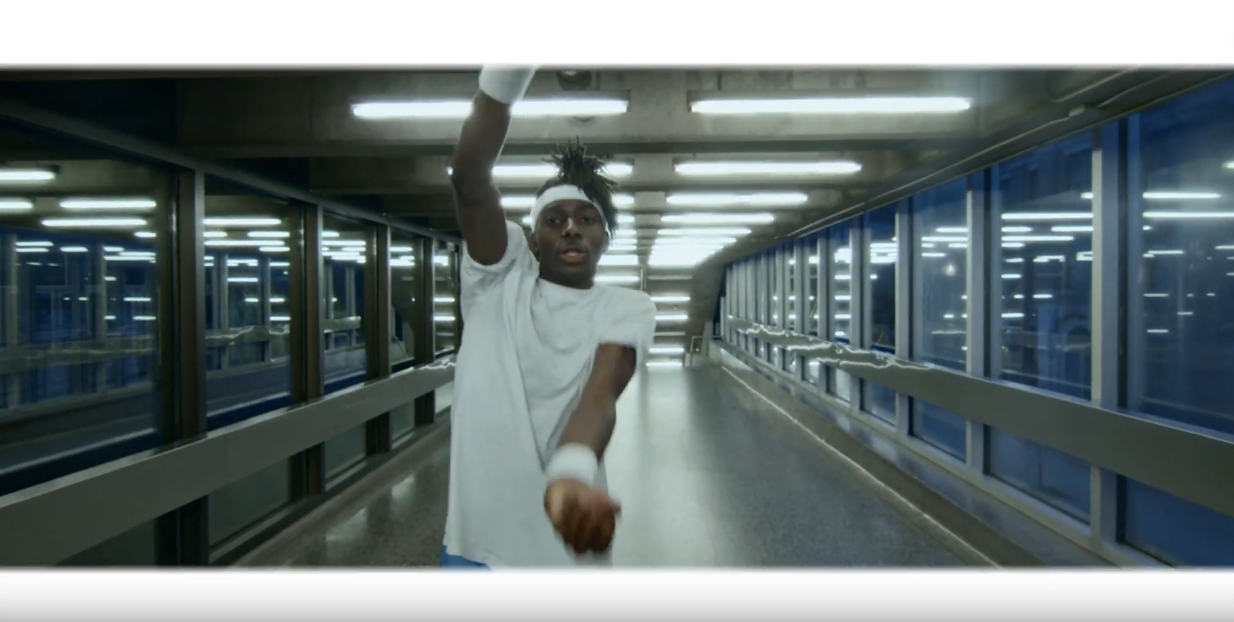 “‘Real Escape’, for me, was about making the ordinary extraordinary. The song’s infectious energy just makes you want to let loose. I wanted to show that regardless of the mundanity of everyday life situations, you can take control and decide at any moment to have a real escape. Our character’s commute to the metro, which could be an ordinary walk, turns into an epic dance performance to demonstrate this concept.” say Proulx.

The video features a young man dancing through subways and cityscapes, and has a real air of fun to it. Starting off as an Insta Story, the dancer falls in with the beat perfectly as he descends down a flight of stairs, the precursor to a whimsical three minute journey.

NICOLAAS explains: “I’ve been fascinated with dance videos lately, and since shifting gears with this new project I’ve been looking for a way to incorporate dance into the visual identity. Real Escape just felt like the perfect track to do this. I reached out to Martin at R&F with very broad strokes of an idea, and he came back overnight with a fully flushed-out, perfectly tailored concept. He instantly thought of J. Style and showed me some of his videos. It was obvious he embodied the necessary ‘je ne sais quoi’ to carry the concept, and JB and the rest of the production team took all of these pieces and made this moment into something memorable. I hope you enjoy it!”