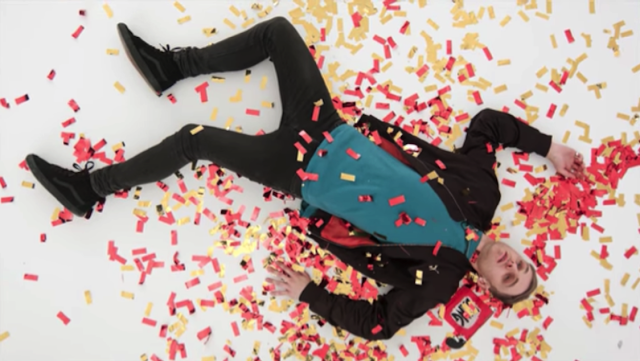 Fast-rising songwriter and producer FØNX has revealed the video for new single ‘Don’t Feel Like Lovin’, his latest offering of infectious, soul-infused pop.

Dancing through multiple arcade game screens, FØNX takes us on a journey through cartoon clouds and bright colours, into his own video game and back again. An inspired mix of jazzy guitar and upbeat electronica create the song’s irresistible hook, while its soulful bridge, featuring FØNX singing tenderly into the camera, hints at its more touching nature.

FØNX explains, “This video for me represents a journey of finding love to loosing love and finding yourself as an independent person again. I’ve always had this battle with balancing my love for music and relationships and finding time for both. This inspired the visual concept for the arcade machine game that I animated…as Amy Winehouse once said ‘Love Is A Losing Game’.”

‘Don’t Feel Like Lovin’ is the latest track produced with Grammy Award winner Tommaso Colliva (Muse, Damon Albarn). It follows the previously released ‘Can’t Get Enough’, which went Top 10 in the Club Charts at the tail end of 2017.

FØNX first picked up a guitar at the age of seven and draws his influence from the likes of John Mayer, Pharrell Williams, D’Angelo, Childish Gambino and Tom Misch. He later moved into experimenting with lyric writing and samples and after graduating from Brit School, he continued honing his skills writing and producing music wherever he was able and playing the live circuit around London and the South East as well as festivals such as Barn on The Farm, Cornbury Festival, Isle Of Wight Festival and Leefest.

FØNX is a refreshing and unique artist for 2018. He will be continuing to play across the country and is heading back to the studio to record brand new music.