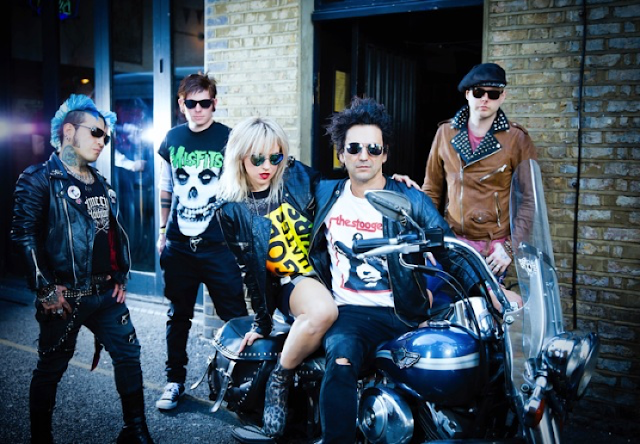 LA- based punk rock band, Love Zombies, have announced that their debut album, Passionfruit, will be released on 2 June 2017, and have released the music video for their single, “Birthday.” Love Zombies’ sound is evocative of 60s -and 70s  pop, punk rock, and new wave.

Love Zombies was formed a year ago by Hollis Mahady and Davey Fitzsimon, when they got a lucky break with producer Alain Johannes, who has produced well-known acts; such as the Arctic Monkeys and Queens of the Stone Age. Although they are fairly new to the music scene, Love Zombies have already played many big festivals; including Reading and Leeds, Warped Tour, and Download.

The music video for “Birthday” was filmed during a sold-out show they played in Camden. The live music video adds to the punk rock feel of the track, as it shows Love Zombies’ incredible energy and rockstar flair. The track itself is the intersection of an upbeat tempo and very honest lyrics, which express their feelings after dumping someone on their birthday.

Love Zombies will be performing at Camden Rocks Festival on 3 June 2017, as well as Download Festival on 11 June 2017.