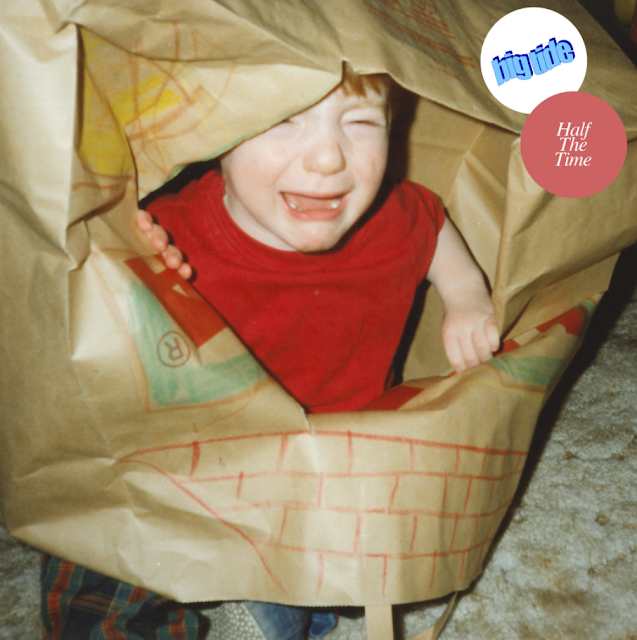 Ben Thomas garnered the attention of various tastemaker publications such as Clash, Nest HQ, Indie Shuffle, Earmilk, HBF and Purple Sneakers under his previous alias L’Etranger, leaving behind a six year trail of releases.  He joined The Spectrals as lead guitarist on their 2013 tour and this made a ‘twang’ that sounded like a change in music style.

Growing frustrated with the electro scene, he picked up a 12-string during a stay in Paris that led to what would become the signature sound for new project big tide: Jangle Pop. Working with producer Matt Johnston (Eagulls, Spectrals, Pulled Apart By Horses) Thomas delved into the new world of big tide.

His debut single “Half The Time” is on Big Tide Recordings. Taking mundane scenarios, he brushes them with dry humour resulting in striking and amusing pictures.  Reminiscent of the 60’s era psychedelic jingle-jangle, “Half The Time” features his tongue-in-cheek lyrics while he straddles the lines of modern relevance.

He said about the collaboration with Matt Johnston: “We worked through the songs very quickly yet meticulously with Matt Johnson, which totally captured the live essence of Big Tide. The demos I wrote initially were in black and white and Matt brought them into full colour. Wait, three dimensional full colour. Now you can actually taste the songs. He’s a genius.”