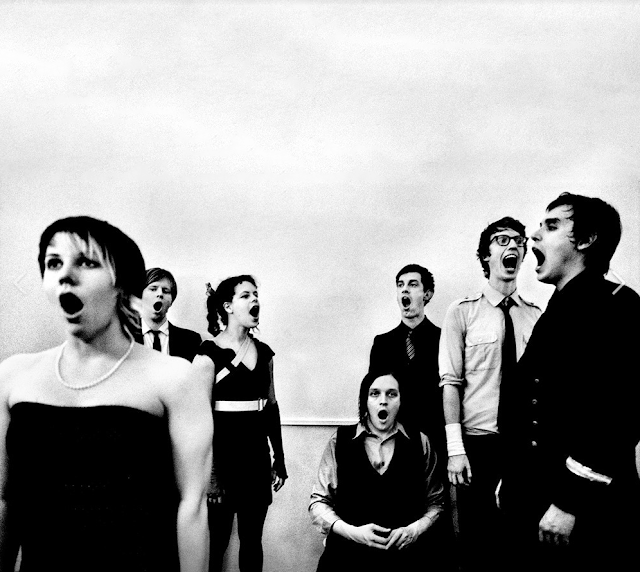 To celebrate the release of their era-defining debut album Funeral on the 14th September, Arcade Fire has debuted a restored, HD version of the video for the single ‘Rebellion (Lies).’ The original was filmed in the months before the album release. Josh Deu – formerly a member of the band – did the original visual effects and has recreated the hand-drawn animation for the restored version.

Speaking about the restored video, Win Butler says: “The Rebellion video is the first video we made as a band, filmed in the months before the release of Funeral. Our friend Josh Deu, who used to play in Arcade Fire, did the visual effects on the video. Somehow along the way the wrong version got uploaded and the official video only existed in a degraded form. We are happy that he was able to redo the hand-drawn effects for this restoration. Enjoy the band as the babies we were!”

Arcade Fire’s Funeral holds up as one of the standout albums of the millennium, a record with an everlasting, enduring appeal, adored by fans and critics alike. It is a collection of truly unique and uplifting songs, made during a period of extreme turmoil for the members of the band whilst recording it, and an album that ultimately launched the band on a global scale.