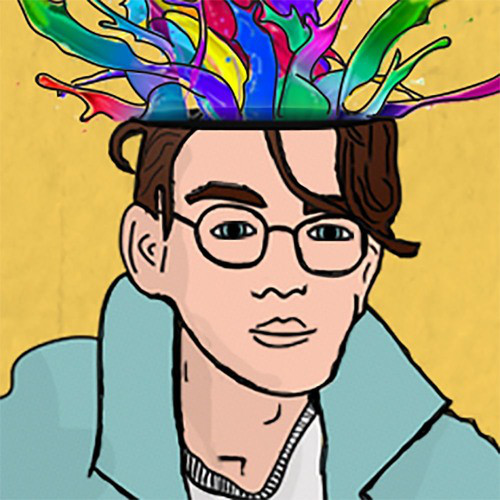 dwilly is an LA based producer/DJ specializing in Urban & Electronic music.

dwilly began classical piano and orchestral drums at age 5. At 16, he was exposed to audio engineering and began sequencing small productions in Protools and Ableton. His musical knowledge can be heard through his fluid understanding of chord progressions and tight rhythmic pocket.

Growing up on Skrillex, Porter Robinson, and Flume to urban & pop influences ranging from Max Martin to Metro Boomin, David is continuing to create with artists around the world. dwilly has produced for artists such as Emilia Ali (Listen For Pleasure/Capitol Records), Naika (Capitol Records Europe), Marty Grimes, and Miranda Glory (Tommy Boy Records).

In 2017, dwilly performed at Outside Lands Music Festival in San Francisco.

His joint release “Dreamland” with Emilia Ali on her debut EP peaked at #24 on the iTunes Pop Charts and #10 on the United States Viral 50 Chart. dwilly’s music has made it to the Spotify viral charts in USA, Canada and Australia, as well as major Spotify playlists like “Young & Free”. He has over 2 million Spotify streams.

We came across dwilly & Brandyn Burnette’s newest release ‘Hands Up’ featuring Kayo Genesis and contacted him without deviation to find out more about the electronic producer. Enjoy the read:

Hi there, how are you and what are you up to today?
It’s 9:30 am and I’m currently sipping a pleasant coffee and warming up my ears to some music. After this, I’ll be headed to a writing session in DTLA.

To those not familiar with you, how would you describe your sound?
Quirky and fun, but still having emotional depth. While my music falls under the umbrella of “electronic/dance”, I like to infuse styles of hiphop & soul into each track.

What other artists do you really like at the moment and why?
Anomalie – He’s probably one of the most underrated artists in the electronic genre. His music is pretty far from center, but he still maintains a comfortable balance between keeping it experimental and groovy. The reason why I respect him so much is he has balls- he intentionally makes an effort to create amazingly distinguishable music no matter the cost. His musical knowledge is obvious through his complex jazz harmonies and tight rhythmic pocket. I’m a fan. Check out my favorite track by

Medasin – Medasin has established his own “sound”. I’d actually consider his sound to be somewhat neighboring to mine. What I like about him is there’s never a dull moment in his music. From start to finish, I’m continuously captivated by his unique chord progressions and sound design. His most popular remix to date is his “Wild Thoughts” remix. Be sure to give that and his original releases a listen, you definitely won’t be disappointed.

What are some of the key pieces of gear you use to write your tracks in the studio? Or do you prefer to use software and plug ins?
My go to plugins for synthesis are NI FM8, Massive, and (of course) Serum. I work in Ableton for sequencing and mixing, Protools for recording and comping. When writing and creating,  I stick to MIDI and software plugins typically- I’m definitely a gear slut though. I have keys training and a little guitar training so that tends to lead me through my creative process. Recently I purchased my first guitar, a Fender Strat Deluxe, and I’ve been sprinkling little moist guitar parts throughout my sessions.  I want to buy a cool hardware synth soon like a  “Juno” or “Voyager” when I have the money.

Has your arsenal of equipment changed much since you first started?
Most of my upgrading has been internal software on my computer. I’ve been rocking the same Yamaha HS8 studio speakers for around 4 years now as well as the same Audio Technica M-50 headphones. I record vox at home on an SM7B when I don’t have the luxury of recording at a high end studio. I will say that two of the best investments I made on gear were Melodyne and Autotune. They save me so much time with vocal processing, and time is money.

Do you enjoy playing to an audience or working in the studio?
I love the adrenaline rush of performing- can’t really say that working in the studio competes with that. However, I am spending most of my time these days in the studio preparing my releases for this coming year so I can have a bigger catalogue of songs to perform with later down the road.

If we gave you the budget to put a line-up together for a mini fest, who would you book and where would you play?
This lineup is a fairytale… but I’d select these artists:
Daft Punk, Zomboy, NGHTMRE, Disclosure, Getter, Lil Pump, Medasin, Skrillex, Waka Flocka Flame, Flume, and Kendrick Lamar. And I’d play at the San Diego Zoo.

If you weren’t a musician what would you be?
probably a goat

Do you have any information regarding releases, projects, DJ mixes or collaborations in the pipeline that you would like to tell us about?
YAHS. I’m excited about my recent Splice artist sound pack dropping on April 2nd called “Donuts & Dinosaurs“. For any producers out there reading this go check it out on Splice because it’s filled with a ton of unique sounds, loops, and presets that mimic my production style.