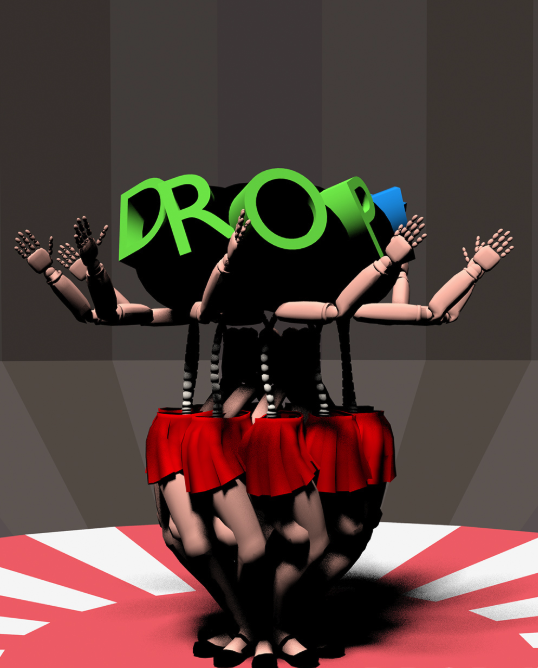 Earlier this year The Young Punx promised fans a new release every month for the duration of 2019. This month the DJ duo have not disappointed, with the release of new single ‘Drop It Hard.’ The track is conceptualized and produced by Grammy Nominated UK multi-instrumentalist and record producer Hal Ritson, who has credits on over 1000 records, including for artists like Katy Perry, Cassius, The Prodigy, Kanye West, Nas, Black Eyed Peas, Duke Dumont, Avicii, David Guetta, Chemical Brothers.

The Young Punx remain enigmatic in terms of genre, and Hal has himself expressed an interest in remaining unshackled to any particular style. A skilled producer, he combines a vast array of influences in his work, mixing and mashing them with an ecstatically diverse range of musical genres and pop culture references.

Hal gives some insight into the new track:  “The vibe of this track was initially inspired by the drum sound of The Police’s Stewart Copeland in the very early 80s. At this time The Police had left behind their punk roots and were playing a unique kind of groove that echoed the danceability of disco, yet had a totally different sound where the drum kit was tuned super high and sat over the top of the bassline, the way that a pitched up jungle break does over the sub-bass in Drum and Bass today. We worked with our longtime drummer Alex Reeves (Elbow, Razorlight) to accurately recreate this rather unique drum sound and feel, and then built a fresh track around it. But the addition of dancehall MC toasting over the solid post-disco groove was the wildcard element that made the track pop and become a beast in its own right!”

The track is accompanied by a fun filled mini-video. Watch below: