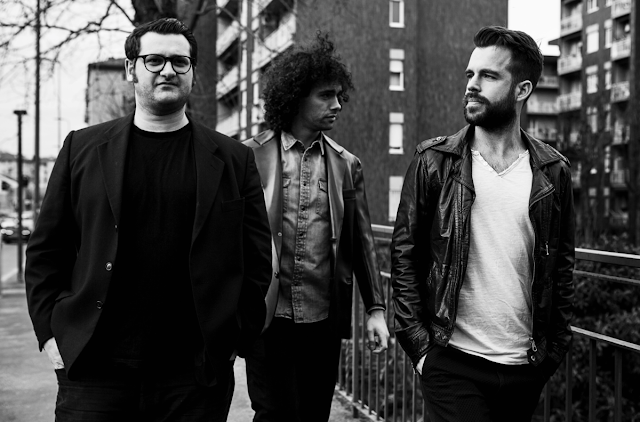 ‘I’m War’ is the new single by Milan-based trio The Ghibertins to be lifted from their upcoming album, The Less I Know The Better set for release on November 17th via Mob Sound Records. ‘I’m War’ is an alt-rock salute, jam packed with the powerful, albeit raw vocal work of Alessio Hofmann, together with Alessandro Fogazzi and Lorenzo Rivabella’s crisp guitar and bass playing, the walls are sure to crumble in.

Filmed on location at the stunning Lorano Marble Cave in Carrara, Italy and directed by Json Adriani, the official music video for ‘I’m War’ is an exhilarating roller-coaster ride of emotion following the band on an ‘impromptu-live-setting’ arrangement, jamming amongst sedimentary slivers of a forgotten past. Rich vocals, seductive guitar solos and riffs sit atop precise drumming and warm bass tones right from inside the belly of the mountain.

The Ghibertins will release the single in preparation of their upcoming full length album titled The Less I Know The Better scheduled for release on November 17th via Mob Sound Records.

Watch ‘I’m War’ below and check out their previous video for ‘The Less I Know The Better.’