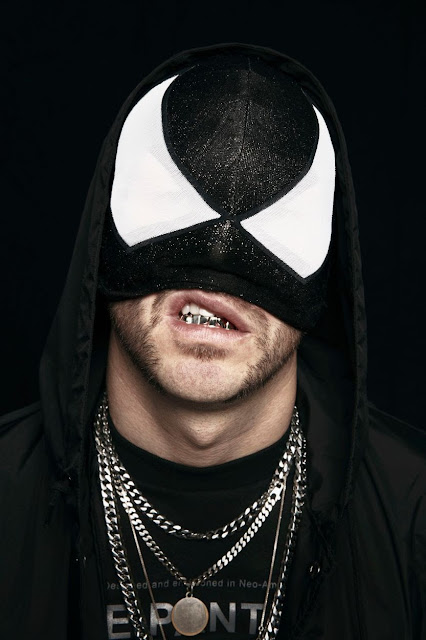 The Bloody Beetroots has collaborated with bass house producer Ephwurd on high-octane new track ‘Wildchild’ out May 17th.

The riotous track combines The Bloody Beetroots’ classic electro style with bass house elements that lend it a more contemporary feel. As uncompromising as ever, ‘Wildchild’ is a full-frontal assault on the senses from two artists who favour maximum power and tempo.

The first single from forthcoming EP Heavy, ‘Wildchild’ marks the Italian artist’s first new music since 2017’s The Great Electronic Swindle and his first record since a limited vinyl run was released to mark the ten-year anniversary of game-changing EP Warp. Originally released in 2009 in collaboration with Steve Aoki, Warp has since went down as perhaps the definitive record from the late-2000s electro era, with Vice placing the track ‘Warp 1.9’ at #19 on their list of ‘The 101 Best EDM Songs of All Time’.

In the years since, he has soundtracked some of the world’s biggest dance music festivals, including Tomorrowland, EDC Las Vegas and Ultra Music Festival, garnering a reputation as one of the wildest live acts around. A typically busy summer sees him play South Korea’s World DJ Festival, Nameless Music Festival in his native Italy and OpenAir St. Gallen in Switzerland amongst others. Now Heavy, out 14th June, sees him unplugging the rock amps and heading back to the dance floor.

“I thought it was a good idea to bring together two different schools, like pioneers of electro music and bass house music together… to make an experiment and I believe the experiment went very well.”

Like The Bloody Beetroots, Ephwurd is also an innovator in his field, with his forward-thinking brand of future bass leading to collaborations with the likes of Major Lazer, DJ Snake and The Chainsmokers.

Incorporating bass elements and modernizing a style he made his own, ‘Wildchild’ sees The Bloody Beetroots back to his frantic best, with the help of exciting talent Ephwurd.