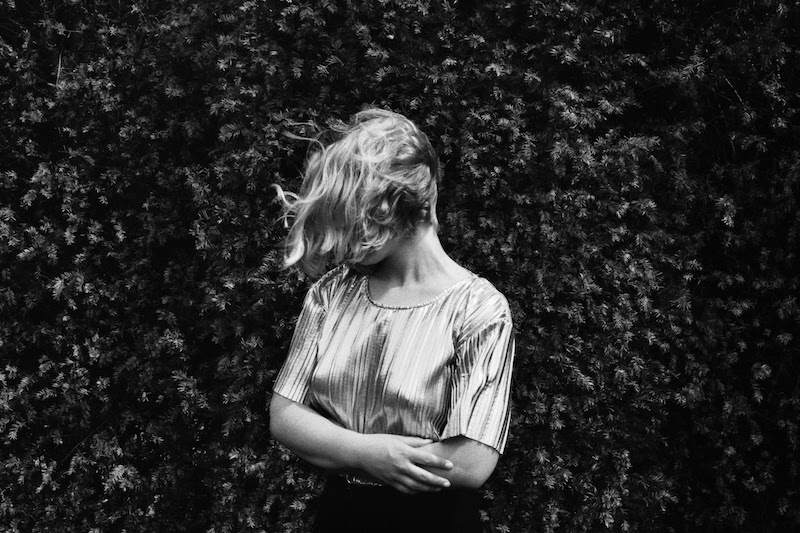 Sea Change is the electronic project of Norwegian artist Ellen Sunde. With her new album ‘INSIDE’ set for release Nov 15th, Sea Change is sharing new single “WHAT MAKES” from the record.

Speaking about the new song, Sea Change said “‘WHAT MAKES’ is about vulnerability. How hard it can be to open up to someone else, a friend or a lover, to show them what’s really happening inside of you.”

2015’s Breakage LP, the debut album from Norway’s Sea Change, felt drenched in Nordic atmosphere, that somewhat implacable magic found in so much of the region’s music. Veining its way through the record in ways both bold and beautiful, it produced shimmering pop soundscapes that felt full of natural life and adventure. INSIDE, Sea Change’s brand new album, set to be released in November, is an altogether different beast.

Just as the landscape that surrounded her debut album had such a profound effect on the finished piece, so to does it do so here, only this time the environment is significantly altered. Gone are the bright and wide-open spaces of its predecessor, swapped for the dark, mysterious, often claustrophobic realms of the city and the underground spaces that offer dark illumination for the abstract fringes of society.

Written during a time of significant change, INSIDE found Ellen Sunde breaking free from her constraints. Having relocated to Berlin, that singular city of hedonism and unrest, she also spent significant time amid the bright lights of LA, where the arts district is less-pronounced but just as stimulating. Partly a document of the culture she embraced through this time in the form of techno’s mesmerizing club scene & the sexual freedom these clubs provide, the album is also about working through loneliness, discarding inhibitions to carve out a new way of making music, fully challenging herself in the process.

Through its seven tracks, INSIDE bristles with both stark intimacy and a powerful sense of freedom, channeling the energy and state-of-mind of the club scene into something minimal and true to her own work. “When I made this record I tried to channel the same state of mind I have when I go clubbing,” Ellen says. “Not overthinking everything, like I usually do, but instead embracing my impulses; working intuitively, almost anti-intellectual. I learned that that’s where I am able to get to the core of what I need to express and that I just had to trust those decisions.”

For all of its personal exploration, INSIDE is also testament to the strength of collaboration, with Ellen taking her seeds of ideas to co-producer and mixer Andrew Murray who helped flesh out her sketches, fine-tuning the drum machines, analog synths and pitch-shifted vocals Sunde was embracing for the first time, and completing the new sound with modular textures and club-inspired beats to produce something both focused and mesmerizing. The throbbing electronica of “SCRATCH THAT ITCH” is perhaps the record’s boldest moment, offering a radiant joining of tension and temperature. Written as a direct response to the aforementioned nightlife of LA and Berlin, it’s an ode to the spaces that had such a profound on Ellen.

The voice and lyrics found on INSIDE also play a key role in the record’s pattern, but they too are immersed by the overriding atmosphere, unrolling as a stream of consciousness, swirling and unraveling, led by instinct and impulses and often lost to the surrounding noise.

In an essay for Somesuch Stories, writer Amy Liptrott describes her time in Berghain – Berlin’s most notorious club haven – as being underwater; a disorientating force of throbbing tides and flailing limbs, of the push and the pull, of things lost to the darkest depths. INSIDE often mirrors that same sense of submergence, the pulsing rhythms softened by the dense surroundings, sometimes lost to the waves above and below. Throughout INSIDE there are flashes of colors amid its silvery sheen, occasional sparks of life we don’t always recognize, but appear as fascinating indicators of our new environment. Reminders, also, that we too are animals, living somewhere else entirely for a moment, just long enough to remember who we really are- or perhaps to just lose ourselves entirely.