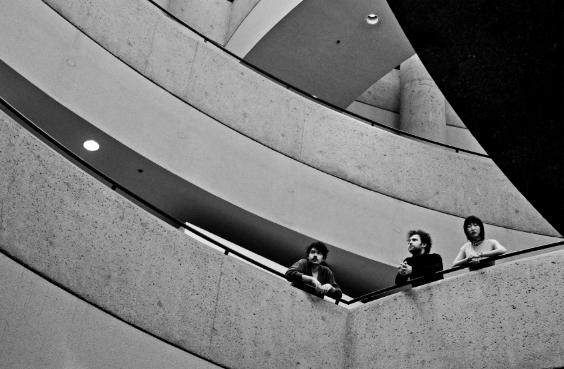 Second Still is a three-piece band from Los Angeles, CA. The band’s sound has evolved to combine their 80’s inspired foundation with modern electronic elements and even nods towards pop and shoegaze. Alex Hartman and Ryan Walker met vocalist Suki Kwan in New York in 2014. They have since released two EP’s – Early Forms (2016) and Equals (2018) – as well as an eponymous debut LP in 2017. Second Still’s sophomore full-length, Violet Phase, will be released on vinyl and CD via Fabrika Records and as a limited edition tape run via Belgian imprint Sentimental Records on May 17, 2019, and the band will be touring Europe for the third time in May and June 2019 to debut the new record.

Violet Phase was written in the winter of 2019 in Joshua Tree and Idyllwild, California. While the songs from this newest release retain the intensity of the band’s previous three releases, Violet Phase sees Second Still finally breaking free from traditional genre labels.  Elements like lead synthesizer, saxophone, violin, and intentional omissions of guitar underscore the different approach the band took in writing the songs for Violet Phase.  The result is an album that is something familiar yet entirely unique in its own right. Ben Greenberg is credited with recording, mixing, and producing the record, and Sarah Register with the mastering. The album artwork, which features a painting with enigmatic heads floating in water, was created exclusively for this release by artist Nick Abcarian.