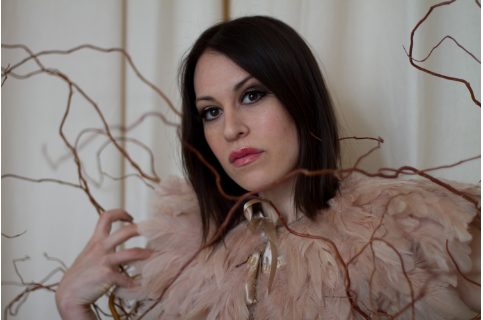 Described by YourEDM as an “infectious voice that echoes and floats across a myriad of soundscapes” electronic musician SEAPORA has received enormous feedback and support ahead of her upcoming album release. Ahead of the album release SEAPORA has announced remixes by Urple Eeple as well as Spoken Bird, the remixed versions of the single ‘Traveling’ are set to be released on the 27th of April. The song’s original version premiered on Earmilk and received considerable support from an array of publications such as The 405, Clash Mag, Purple Sneakers, Complex and Nest HQ. The album titled Seaflow will be released through Chillage Records follows the singers previous project ‘Lost in Motion’ where SEAPORA collaborated with Urple Eeple and went by the name ROYALE. ‘Seapop’ – SEAPORA’s previous release reached #1 on the EDM Africa chart and paved the way for the singer’s new offerings with her vocal style comparable to Beth Gibbons (Portishead), Björk or Lamb.

Transporting listeners to a far-away place, Urple Eeple, a Californian producer who has previously performed alongside Plastician, ODESZA, Thriftworks and Joker; layers male vocals onto the songs existing framework to create a luxurious sound. Peter Farr, aka Urple Eeple, has produced a first-class rendition of ‘Traveling.’ The rework of the song adds a fresh and layered dimension that is quirky and unique. The track maintains a sense of mystery and wonder with a stimulating progressive sound.

The remix by Spoken Bird sets a light of splendour and luxe with it’s rich and plentiful sounds. Having previously collaborated with artist such as CharlestheFirst, CloZinger and Duffrey as well as attain over 700 thousand streams on Soundcloud, the producer has also performed at Symbiosis Gathering, Enchanted Forest Gathering, Global Eclipse, Lucidity Festival, Serenity Gathering, and Pirate Party.

Farr commented about his remix, “I had a lot of fun making this song. It was a fun challenge to try to flip the original into a remix that fit my Urple Eeple brand. I started by creating a new chord progression that I really liked on my Prophet 06, and then I worked with seeing which vocal parts fit over the new chord progression. I chopped up the vox quite a bit to pick out the notes that really worked well with the new chords, and did a lot of pitch shifting on vocal layers – then I wrote in some key changes and played with a few different drop ideas.  I really wanted to flip the original into something that was totally different, but carried a lot of soul and emotion. I’m really happy with how this remix came out and am really excited to share it with my fans!”

Spoken Bird says of his remix: “When SEAPORA asked me to do a remix for her upcoming album I was excited at the chance to work on a song by such a talented vocalist. When I first heard ‘Traveling’, I immediately knew that was the song I wanted to work with, as its ethereal dreamy soundscapes and lush thick vocals instantly drew me in and set my imagination on fire. This was a fun remix for me to work on as I was able to play with several styles, and really work with the story provided by Seapora’s lyrics to guide my own ideas. I’m excited for the rest of the world to hear this great album!” 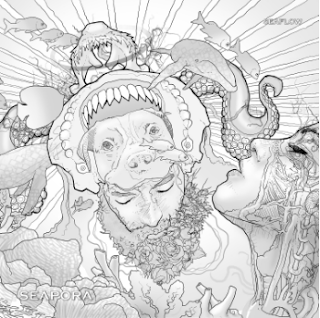