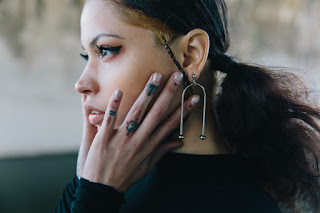 As an urban R&B/pop artist, Pat McGrath/Fenty model, and Pharrell Williams protégé, Maxine Ashley has it all at just 25 years old. Pulling from her experiences growing up in the Bronx and her Puerto Rican roots to create a serious bad bitch persona, her newest single “Runaway” leans on her experiences with complicated love and is another step into the DIY scene. Ashley has written Grammy-award winning songs for Ariana Grande (sweetener album) alongside Pharrell, who signed her on to his label and took her under his wing when she was just 17 years old, after discovering her talent via YouTube.

“I made the song when I was in a very dark place in my relationship. We had just moved in with each other, I was battling a lot of demons. Being so young I didn’t know a lot of stuff from my childhood would resurface. Things that I thought I had under control or I thought didn’t bother me made me go a little crazy. So, we were just dealing with a lot at the time and didn’t know how to be with each other while going through it.” – Maxine Ashley