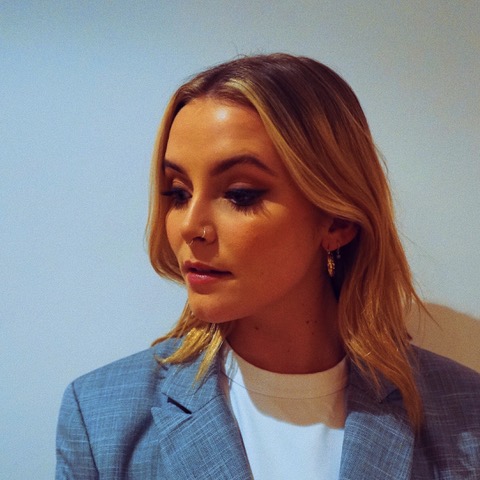 Watford, England, 25-year old singer-songwriter Grace Ackerman has spent 2019 releasing her long-awaited solo material. With her beautifully written soulful and powerful sounding pop ballads, it is no wonder her songs have had such quick success. She has amassed millions of worldwide streams and has been backed by BBC Introducing.

Recording and writing the EP in a cabin in Somerset!

If you could paint a picture with of your sound, what would it look like?

Monet’s water lilies but with a moodier tinge

Tame Impala, as soon as the sun is shining, it’s all I want to hear!

Sam Fender, because his writing absolutely blows me away and I can’t get enough of it!
Big Society, because whenever I listen, I can’t believe they aren’t bigger than they are!
Yebba, her voice is like nothing I’ve ever heard before and it leaves me in awe.

I used to be in a folk-pop band and we were thrown straight in the deep end supporting Emili Sande!

It was the scariest thing I’ve ever done but it made me realise I needed to perform for the rest of my life!

I volunteer for AgeUk and from that have gained the best friend ever! Go on Marg!

Probably creating this EP and building this project from scratch!

Stream Wrong From Right or I’ll hunt you down!!!