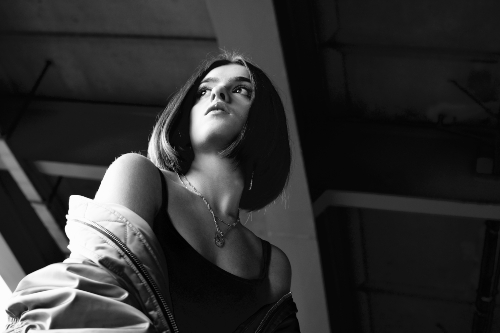 May Roze has felt that music has always been her “mission” in life, starting at the tender age of three as she stepped onto the stage. While her native country is Switzerland, the songstress spent four years in France before she found herself in London, where she currently resides. Her travels have allowed her to work with international coaches, take part of the swiss semi-finals of the Eurosong contest, meet producers, play in gigs, and overall learn as much as possible.

We’re proud to premiere May Rozes’ latest single, ‘Drown Me’ which can be found along with an exclusive interview below.

Tell us about your highlights for the year
With the year just starting before we got into lockdown, I might not have much to say but I’ve released a single called “Everything Changes” a pop/ alternative melancholic ballad on the 31st of January which has been featured in a few blogs and played on a few radio stations. I am now releasing my second single of the year “Drown Me” and am ready to get back on stage and kick off the end of 2020 as soon as things get back to normal.

If you could paint a picture with of your sound, what would it look like?
Drown Me: The picture would be dark blue. I’d see myself falling in a big black hole but looking closer, it might actually be the sky and its stars. Everything would look like slow-mo. There would be raindrops. Falling on me or coming from me? I look strong and seem to let go of what I still hold on to.

My sound in general: My picture would be a painting, abstract art with still some sense in it. It would be full of details. Things you don’t notice at first but only when you look closer. It would have a bit of red, a bit of dark blue, a bit of black and where you don’t expect it there would be some bright rays of light. Gold and Yellow. There’d be a few things stuck, different materials, different textures. And through the painting, there’d be a hand coming out. Like a sculpture. An open hand. That leads to what I wanna share.

What are the 5 albums and artists that have influenced you the most?
This has been a tricky one cause I’ve never gone by the singer or by an album but by some songs I liked and so it was hard to pick an album that influenced me… but here are some:

What other artists do you really like at the moment and why?
I really like Billie Eilish, Lana De Rey, FKA Twigs, Anohni, Snoh Aalegra, Baby Rose and many more. I like their creativity, voices and image! They are so unapologetically unique and are so not trying to be anyone else I really like that.

How did you get to your first gig and how was it?
My first time on stage was at 3 years old. Throughout the years, I took part of many musicals and shows and finally moved to London in 2015. I then started playing more, in gigs and in open mics. My last gig was at The Spice Of Life in Soho. Being on stage is so important for me. It’s the time you really get to connect and share directly with people. I feel different, I feel 100% myself and don’t have any thoughts or fears about anything anymore. I’m just here and now. So it’s always so nice. No matter the capacity of the room.

Tell us one interesting fact about yourself that no-one would expect.
I see music in colors. Especially when I compose or write a song, I just immediately see a color. It then influences the artwork, the video and all the visual aspect of the song. I just recently realised that it’s not necessarily the case for everyone so I guess that’s a fact!

Famous last words?
Don’t Worry, Be Happy. Cause everything happens exactly as it’s supposed to, so no need to stress over anything.