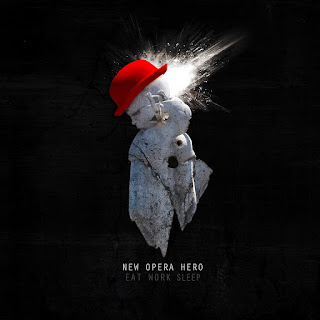 The London based trio of New Opera Hero have announced their newest single ‘Eat Work Sleep’.

influenced classical components and chopped up, confident, electronica encased in a hook laden