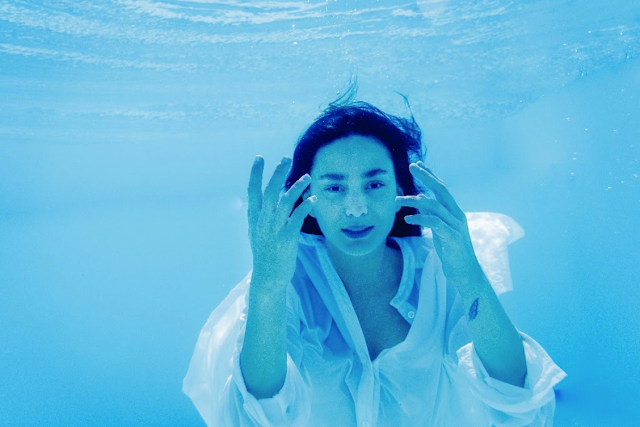 ‘Say It’ is a subversive pop anthem which urges the listener to speak without fear and not silence themselves. It is an act of solidarity with all those fighting repression. The urgency in Natali’s vocal alongside the martial rhythm underscores the song’s message.

Already a prominent public figure in Sweden, Natali Felicia has been consistently in the public eye as the daughter of Kjell Bergqvist, arguably Sweden’s most famous actor, and the fashionista and TV personality Yvonne Ryding, who as Miss Sweden won the Miss Universe crown in 1984.

Making beautiful music, Natali has released a string of acclaimed singles exploring personal and political turmoil, meticulously crafted by herself and producer Andreas Grube. She first emerged with the singles ‘Used To Be’ and ‘Easy Ride’, the latter proving a tearaway hit clocking up over 2.6 MILLION streams on Spotify. Her most recent single ‘Run Like The River’ was released to widespread critical acclaim this summer.

Natali is gearing up to release her debut album, which is a stunning body of work featuring huge cinematic soundscapes and dramatic glacial tones. It’s influenced by the current world’s turmoil and the singer’s personal experiences within it. This a a record that showcases in glorious detail Natali as one of the smartest and most interesting new voices emerging from Stockholm today.

Listen to the preview below and find it on Spotify.