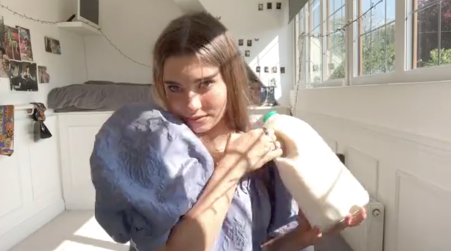 UK DJ and producer Robbie Doherty and Irish duo Keees. have unveiled the official video for their smash single ‘Pour The Milk’. Directed by Max Siedentopf it is a self-shot compilation of milk madness filmed during the lockdown, was out 15th May.

Already amassing over 10 million streams and counting since its November release ‘Pour The Milk’ has also become a phenomenon on video platform TikTok, peaking at #13 on the UK Top 40 TikTok playlist and #2 in the UK Dance playlist with over 58 million views to date.

Sampling the Suzanne Vega classic ‘Tom’s Diner’, ‘Pour The Milk’ has taken the world by storm, peaking at #2 in the UK Dance charts, receiving spins on both on BBC Radio 1 Dance Anthems and has been playlisted to Kiss FM, as well as generating support from big name DJs such as Jamie Jones, Michael Bibi and Skream.