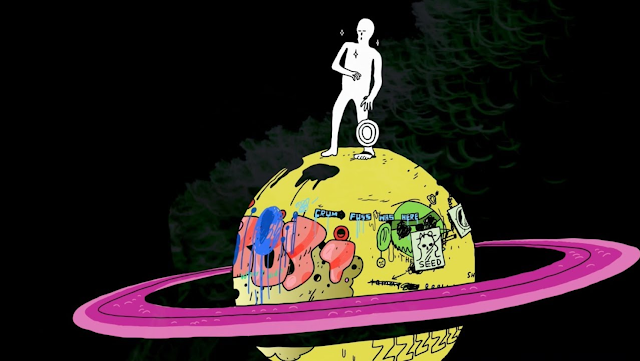 Following his album Shrink Dust in 2014, Chad Van Gaalen’s sixth studio album Light Information was released on 8 September via Sub Pop (and via Flemish Eye in Canada).  Written and produced by Chad, the 12-track album captures isolation, stories of paranoia and disembodiment, as well as reflections on intimacy and empathy.  Ryan Bourne contributes bass on ‘Mystery Elementals’ and ‘Static Shape’ features the vocals of his daughters Ezzy and Pip.

Light Information has emerged from the experimental instruments in his garage and draws on the anxiety and wisdom he faces as a father; “Being a parent has given me a sort of alternate perspective, worrying about exposure to a new type of consciousness that’s happening through the internet,” he says. “I didn’t have that growing up, and I’m maybe trying to preserve a little bit of that selfishly for my kids.”
Chad has his international tour scheduled for fall 2017 – He kicks off in Europe on the 15th October and will be in North America from November 9th.
Watch the video for ‘Pine and Clover’ here: