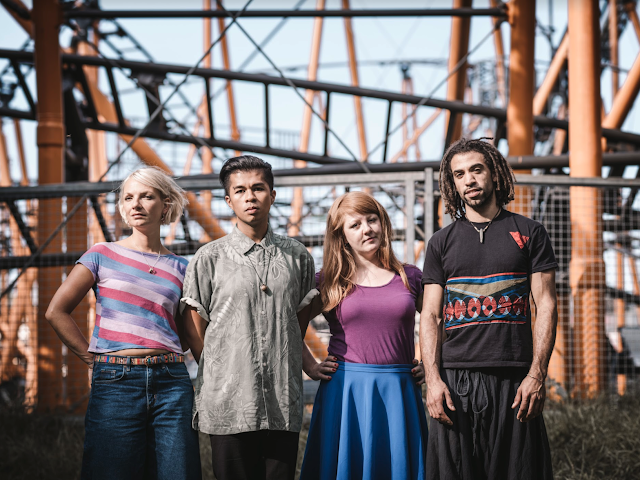 “This is music to watch the sun go down, lovely harmonies, gentle acoustics and subtle percussion…soulful and graceful. What’s not to like?”
Folk Radio UK

Vienna-based band DAWA have shared “Put It Away Remixes” EP via Las Vegas Records. DAWA’s career highlights include playing at the 2015 FM4 Frequency Festival in Austria alongside The Prodigy, The Offspring, Echosmith and Halestorm, reaching Austrian Top40 Album & Single Charts, playing Reeperbahn Festival in 2014, and achieving second place in the National pre-finals of the Eurovision Song Contest in 2015. Their track “Open Up (Urban Contact Remix)” has received over 368 thousand plays on Youtube with support from major Youtube channel Mr Suicide Sheep.

The EP opens with the band’s original version of ‘Put It Away.’ The remixing kicks off with Austrian singer-songwriter CIO’s rendition of the track which includes adding a soulful flair and additional organ and orchestral elements.

Following this is a version by the frontman of indie-pop band Kommando Elefant – Alfred Oslo, who changes the pace with an additional rhythmic section and hypnotising leads.

Austrian composer Stefan Seelenwald then takes the original to the dancefloor with a groovy rhythmic section that leads the track into a new light. “Since I have a very close relationship with the musicians of DAWA, it is my intention not to change the overall emotion and personal sound of the band when remixing. In the creative process I try to see myself as a fifth band member leaving my ego aside and being as supportive to the groove and attitude as possible”, says Stefan.

Have a listen and buy here: