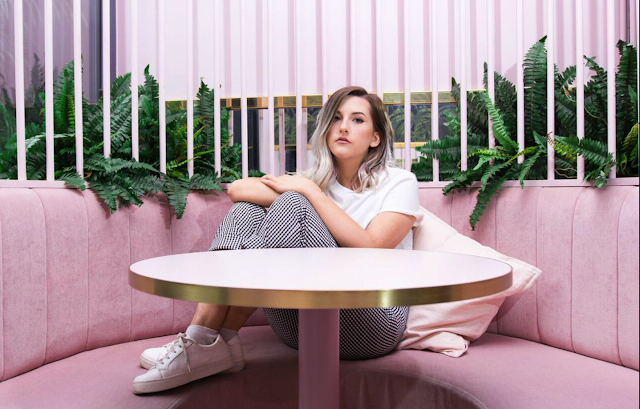 She grew up playing the violin and piano before teaching herself guitar at age 11. Drawing inspiration from feelings of anxiety and angst, Laoise analyses personal experiences in an honest way.

Her debut single ‘You’ reached over 200K spotify streams after its premiere at Clash Magazine and she was chosen as one of Golden Plec’s ‘Ones To Watch’ for 2017. Laoise has spent most of the year performing at festivals such as the Forbidden Fruit Festival and Electric Picnic in Ireland as well as Truck and 2000Trees in the UK.

Following her debut EP Halfway, the pop singer returns with the first single ‘Rich’ from her upcoming EP. Telling the story of the insidious effects that money had on a relationship, she returns honing a more mature sound. The singer explains her inspiration behind the track:

“Lyrically, I find I’m holding back less and less, and I feel ‘Rich’ really demonstrates that. The song is about a love that’s been compromised for possessions. I’ve come across some nasty people who chose money over love and it’s made a negative impact on the people around them. I don’t deal well with someone treating me badly, and I especially don’t deal well with someone treating my loved ones badly, so the song is a screw you to the people who try to.”