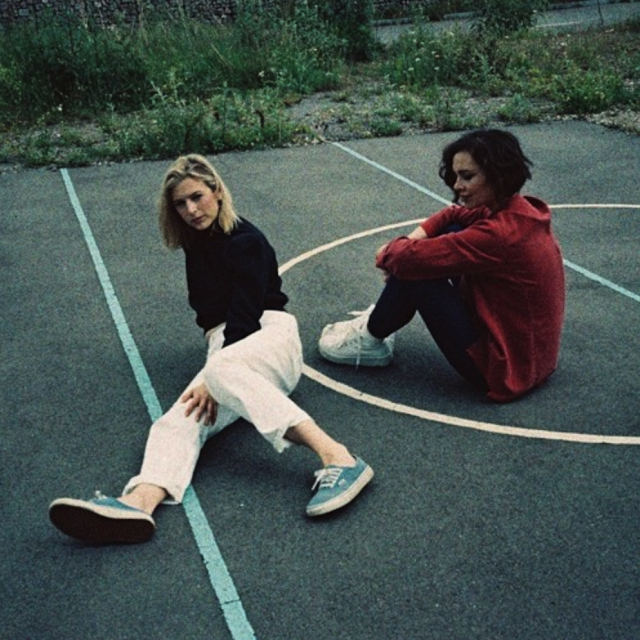 Tear The Roots, Kaleida’s debut LP, offers a deep, unsettling kind of pop. Their identity is partly informed by the music they grew up with – Cicely’s late godfather was an electronic composer, and Christina was in a church choir that sang Appalachian songs as a child – but they try not to be too influenced by the noise around them. They don’t listen to other people’s songs while they’re making their own, and even working with other writers and producers dilutes the formula.

Kaleida like the meaning behind their music to be ambiguous. The eerie ‘Coco’, with a beat that sounds like the tapping and scraping of medical machinery, as the falsetto spectre of Christina’s voice hovers above it, “is sort of like a psychiatric breakdown. It’s supposed to be quite mantric and creepy.” Sometimes Kaleida are drawn to darkness, other times they despair of it.

‘House Of Pulp’, for example, which ripples with an anger that’s only become more relevant as the political landscape has become more disturbing: “What are we building here above the dead cement?” pleads Christina, “Out in the plastic sea, we drown the innocent.” Her work in climate policy filtered into one of the album’s threads – what she only half-jokingly refers to as “the apocalyptic future.”

Ultimately, shutting the door to the outside world has served Kaleida well. “You shouldn’t do stuff to please other people. If you want to make something that really resonates with people on a core level, then it has to really come from you, it has to be really genuine.” Tear The Roots is just that – and now they’re ready to let you back in. Tear the Roots is out now on Lex Records.