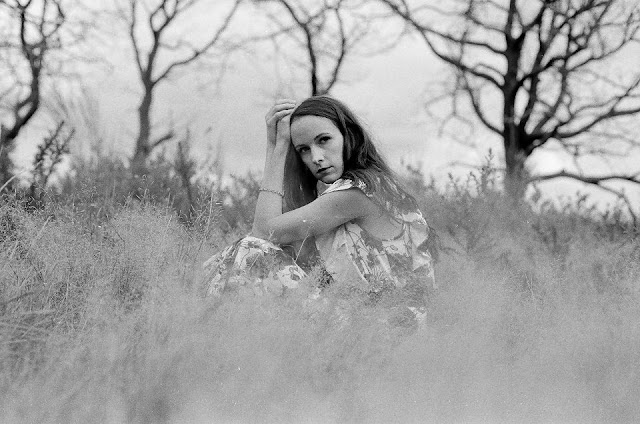 Singer­songwriter Jennifer Ann today releases the ‘Take Me Home’ EP which follows in the footsteps of the singles, ‘Take Me Home’ and ‘Fantasy’. Initially from Circle Pines, Minnesota, the now London­based artist intertwines a classical music background with a compelling take on contemporary pop, fastening wistful vocals with a backdrop of gleaming soundscapes. You can watch the video for lead single, ‘Take Me Home’ here.
The ‘Take Me Home’ EP acts as Jennifer’s first movements into contemporary pop following 2015’s successful instrumental album, ’Reflections’, and a string of successful syncs, including a cover of Tears For Fears’ ‘Mad World’ which would later be used on a Lloyds Bank commercial, achieve over one million streams, sell over 21,500 copies and attain 67,000 Shazams. The success of ‘Mad World’ would later earn Jenniferfuture work with Lloyds Bank, arranging and producing a cover of Fatboy Slim’s ‘Praise You’, which would then be performed by singer songwriter Hannah Grace (Never Fade Records) and the London Contemporary Voices.

This new musical venture traces Jennifer’s first movements away from her home of Minnesota and acts as an evocative tribute to her native land, a sentiment which is echoed within the scenic video for the EP­titled single. Speaking about the lead track, which was co­produced alongside Edd Holloway (SHELLS, Saint Raymond) and Nick Atkinson (Gabrielle Aplin, Black Honey), Jennifer says: “Minnesota is a very hard place to leave. Ever since I moved to the UK, I still feel a deep pull to it, to my family and friends, and to all the memories I’ve made there.” Delving further into her point, Jennifer says, “‘Take Me Home’ is an illustration of this sense of longing that I often have to be back there. It quite literally details some of the bits of Minnesota that I love the most ­ those warm early summer evenings with the scent of blooming lilacs in the air, spending every possible summer’s moment on the water (we are called the Land of 10,000 Lakes for a reason) and exploring the immense wilderness and countryside in northern rural Minnesota.”

‘Lighthouse’ bolsters this nostalgic thread that Jennifer stitches throughout the EP’s philosophy,

‘Lighthouse’ was one of those songs that felt like it just wrote itself. As with all of my lyrics, I was expressing something I was feeling intensely at the time. I’d been thinking a lot at the time about how relationships can truly transform and heal you. There’s this whole notion in Western society that we have to be strong independent individuals. I actually disagree to some extent, because we evolved to be social beings and to rely on each other.”

Jennifer mirrors the politics of her father’s musical heroes throughout ‘Fantasy’, a track written at “the end of 2016 after the US elections had just happened, when the world felt like it was descending into chaos.” The track throws glances back home whilst thriving on escapism and the defensive capability of transporting yourself elsewhere during moments of personal upheaval. Cut from a similar ilk to ‘Fantasy’, ‘Girl on the Train’ bares Jennifer’s humanitarian side once again, this time as she outlines an encounter with a saddened female passenger on the tube. “Something happens to us when we get on the tube in London ­ we become very self­centred and not very friendly sometimes,” Jennifercontinues, “how often do we actually tell the truth when someone asks how we are, even when it’s written on our face? And how often when we ask the question are we actually searching for the real answer?”

Jennifer, who grew up on the sounds of her father’s collection, the music of Neil Young, The Beatles and Crosby, Still & Nash, was raised within a rich musical environment, singing in choirs, performing the flute in orchestras and becoming fluent at piano from a young age. As her affair with the piano flourished behind an antique upright piano, an instrument handed down to her from her great­aunt, she grew a passion for the sounds of composers, in particular David Lanz. “His heart­wrenching piece ‘Leaves on the Seine’ immediately brought me back to sunny Sunday afternoons after church when I was a kid, laying on the couch and feeling so moved by his piano music that I would cry,” Jennifer explains, “his music inspired me to begin composing and writing music to express my emotions.” The influence of Lanz proved to be wildly moving towards Jennifer, encouraging her to study psychology and music therapy in the future.
Take Me Home EP track listing
1. Take Me Home
2. Lighthouse
3. Fantasy
4. Girl on the Train
5. Let Me Love You