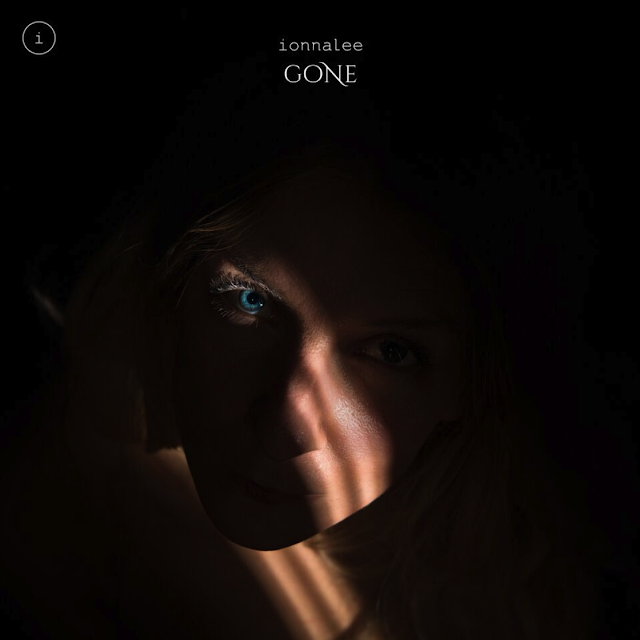 Swedish singer, songwriter, producer and filmmaker, Jonna Lee, brings the evolution of her ten-year creative career to a new peak with the release of her maiden ionnalee offering, Everyone Afraid To Be Forgotten on 16 February 2018 on To whom it may concern and Kobalt Music.

A studio album and, in due order, a stand-alone filmic counterpart (co-created with cinematographer, John Strandh, in alliance with fashion and art trail-blazers, COMME des GARÇONS), this is the most ambitious project which the Stockholm-based master of audiovisual artistry has embarked on.

Two years and two albums into a solo endeavour as a guitar- wielding folk’n’roller, 2009 saw Jonna Lee beginning a seminal metamorphosis which would lead her to join forces with best friend and long-term producer, Barbelle a.k.a Claes Bjorklund, in creating the organically viral, electronic pop phenomenon that is iamamiwhoami.

A mystery and a riddle, iamamiwhoami’s visuals-backed clue trail of short, sharp, gratifying musical shockwaves stumpedfans and the media alike. It formed a gripping guessing game, which enticed audiences to explore its dark, elusory storyline. Moreover, as an entity still in its nappy days, iamamiwhoami’s real-time work process also meant that its cast of creatives’initial decision to remain anonymous unintentionally caused a frenzy around the question of who was behind the surprise releases (Christina Aguilera and Karin Dreijer were but two of many suspects).

The group’s three ground-breaking audiovisual works [bounty (2010, digital); kin (2011); and BLUE (2014)] served as Jonna Lee’s vehicle for change, through which she has kept challenging limitations and untethering inhibitions in favour of development and innovation.

The iamamiwhoami Youtube channel has, since its inception, garnered over 42,300,000 views and in 2011 – even before its first physical release – the group was awarded Innovator Of the Year Award at the prestigious Swedish Grammis.

In the three-act play of Jonna Lee’s creative voyage to date, whereby her late-noughties solo albums planted the inciting incident and iamamiwhoami provided a riveting plot twist, the artist’s debut as ionnalee ushers in the exhilarating climax, letting all that’s gone before culminate in an opus that honours the past, whilst simultaneously devising a recalibrated, fresh future.

Everyone Afraid To Be Forgotten evokes thoughts about what drives an artist to create in a milieu brimful with people fighting to be seen and heard and to express themselves in ways that would single them out from others. With its eyes fixed firmly on the state of the world right now, this is a collection that concerns itself with what is the artist’s residual footprint, paralleled with people’s fear of oblivion.

As our generation pores over and pours into social media with a desire to leave as much of ourselves and our legacy out in the world – like a self-edited epitaph, to ensure that we are remembered and control how such remembrance is preserved – Everyone Afraid To Be Forgotten explores the different fears and struggles we, as human beings, contend with. ionnalee has hers but, importantly, the songs are intelligently crafted so as to allow for the listener’s personal meaning to coexist.

Reflecting on her own perspective, ionnalee says:

“I’ve been evaluating the role that’s cut out for me by society in general and the music business in particular, as to how I should look and behave, both as a woman and as an artist.” In shaping the record, ionnalee has been preoccupied with the experience of societal pressures on women, such as the inescapable normative push to become a mother, pitted against the professional pull of meeting the audience’s expectations of her as an artist.

The video for ‘Gone’ was directed by ionnalee together with John Strandh and is a key chapter in the longer visual narrative arc supporting Everyone Afraid To Be Forgotten.

Offering solace in grief, Everyone Afraid To Be Forgotten is a labour of love emanating from introspection as well as self- awareness. As with every one of her endeavours, ionnalee again seeks to find and make something that is different. “The album format is regarded by many as a thing of the past”, she says, “with tracks being the primary way of consuming music.” Her vision, instead, is to make a sustainable and epic album that will endure, rather than something that is easily digested and spat out shortly afterwards. “An imprint that will stand with time”, as she describes it.

“I would like to view this as the beginning of the rest of my career. I want to grow my audience in my way, without compromising and without having to turn myself inside out. There’s a bigger, more personal weight for me with this record and much, much more at stake.”