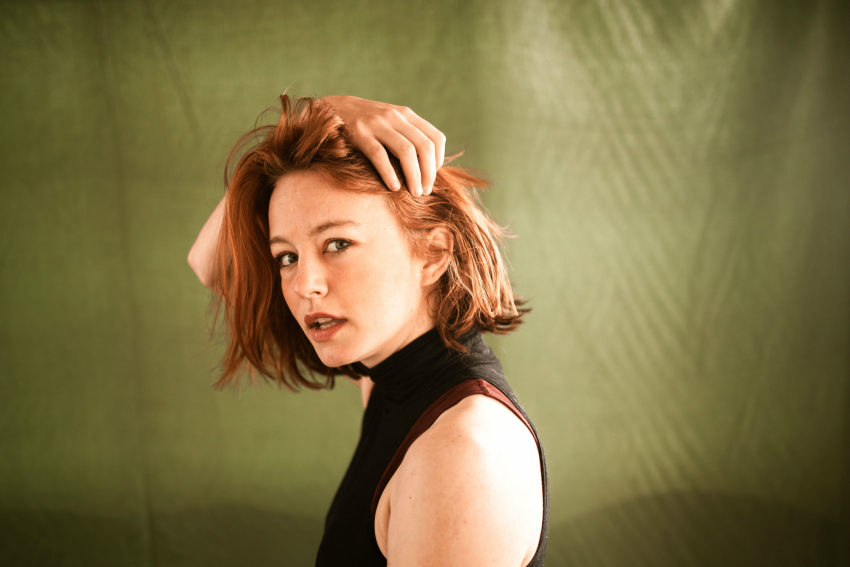 Pop artist McCall has started to gain notoriety through collaborations with producers Grant and Just a Gent, and with her own music that has awarded her over 5 million Spotify Streams, placements on the 2019 Rocket League Soundtrack, and high praise from established publications such as Billboard and The Fader.

Looking back, what were some of your earliest entries into music appreciation? And music production?

When I was five or six, we started learning patriotic songs in my elementary school music class, and for some reason, I had this burning desire to perform “Grand Ol’ Flag” wherever I went – I literally stood on a table and sang it at the top of my lungs at an Italian restaurant once. Then in fourth grade, we got to learn how to play three chords on the guitar and write a simple blues verse in music class. That was pretty insane to be exposed to at such a young age, and I’m super grateful for it.
My first introduction to music production was an amazingggg DAW called Audacity. Ah, so grey and royal blue. I would sick for hours and record every voice part to “Carry On My Wayward Son” by Kansas and “Opera of the Bells” by Destiny’s Child. I torrented Logic in college and worked exclusively in that for a while until my laptop got stolen so then I switched to Garageband on my phone for about a year. We are thankfully back to working in Logic on a laptop now haha.

What are some of your key musical influences?

If you could paint a picture of your unique sound, what would it look like?

An emotionally unstable songwriter is getting eaten by a sentient PC.

Normally I have a snippet of the song looping in my head for a bit before I sit down to write, whether that be a full chorus or just a bass line. I then produce out the small bit that I have and sample in some drums. Through that process, it feels like there’s a program running in the back of my mind that’s starting to reach for lyrics and melodies. At some point, the writing and the production merges and I have a teeny tiny demo.

Watching interviews with other artists is my go-to. Grimes has offered me a wealth of rabbit holes to go down. RuPaul and Timbaland both have great Masterclass courses, as well. If that doesn’t work, I try to learn a song that I like and then rework the chord progression. If that doesn’t work I give up and watch YouTube for like an hour until I begin the process again.

As an artist, it becomes apparent that there is a huge difference between the art and the business. Is there anything about the music scene that you would personally change?

I think a lot of people underestimate people’s want for challenging pop music. There are so many words in the English language and we keep using the same ten as hooks on every chorus. There’s a lot of dumbing down happening and I don’t always think it’s necessary.

Tell us about the chemistry you have with your fans on stage.

Hmmm I’m not sure, I guess it feels like we’re all going through a manic episode together?

Someone recently told me that my song “was there at the exact right moment” to affect them in a special way. Whenever I’m having a moment where the perfect song is playing at the perfect moment, I always wonder for a second if my music will ever find people at that exact right time for them, and it was pretty surreal to hear that it happened 🙂

Of course I have grandiose plans, and I want to see this thing through as far as we can possibly take it – but since COVID has begun, I’m questioning and reframing things like everyone else. For now, if I can continue to make music that I’m proud of with people I admire and comfortably pay my bills, I’ll be happy.

We got another song coming out soooooon shhhh

“This wallpaper is terrible. One of us will have to go!” – Oscar Wilde