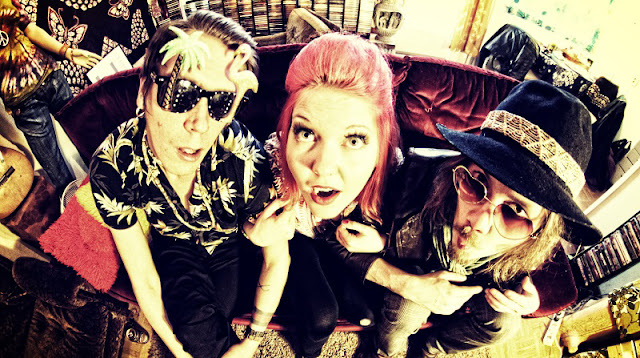 Have You Ever Seen The Jane Fonda Aerobic VHS? have announced their new single ‘Magic Swimming Pants.’

The band’s previous single ‘Family Man’ received support from the likes of BBC Radio 1’s Huw Stephens and Phil Taggart, and ‘Be My Baby’ won Steve Lamacq’s ‘Round Table’ on BBC 6 Music.
The Finnish garage-pop band have amassed serious attention, and have been described as ‘Finland’s rowdiest live band’ by Ja Ja Ja. Their infectious pop melodies and kinetic live performances have earned them praise from tastemakers such as Consequence of Sound, Clash, Gold Flake Paint and Drowned In Sound.

They’ve chucked out the customary guitar in favour of Casio keyboards and Eco-organs, which are wielded like weapons. It’s no surprise that Have You Ever Seen The Jane Fonda Aerobic VHS? never fail to grab attention.

Listen to ‘Magic Swimming Pants’ below: