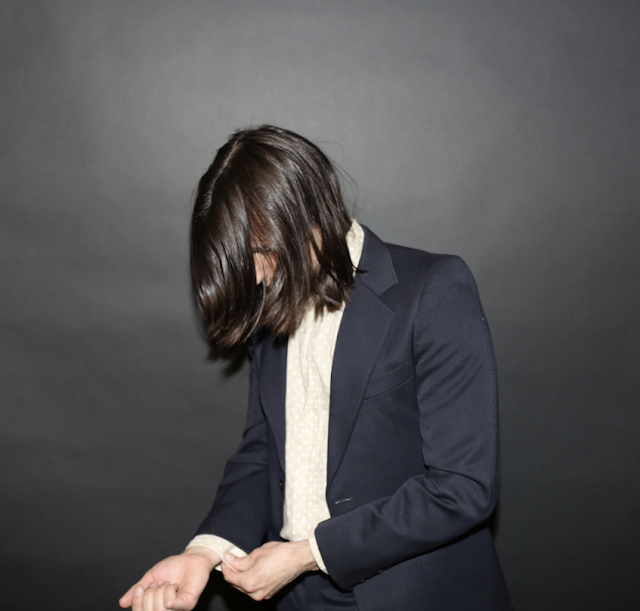 Guards have shared the new track “Beacon”. Recently they released the video for the single “Last Stand” as well as the single “Take My Mind”. Before that, the band announced their first LP in 6 years entitled Modern Hymns. It will be out 5/22 via AWAL.

When talking about the track Rickie James Follin says, “Beacon” is a letter I wrote to my daughter before she was born. She is 3 now and dislikes most songs with reverb so she isn’t into it haha. The message is essentially to not listen to what “they” tell you. Sonically, the song has a heavy bass synth sound with some horns sprinkled in. Structurally, the song veers into a cinematic kind of atmosphere by the end of it.”

Guards second full-length album Modern Hymns was recorded over the span of the past 5 years. After touring extensively for their first album “In Guards We Trust”, they retreated to the isolation of Sagaponack, New York to write a new album. After six months of writing and what seemed to be a never-ending battle to be released from their label, the group decided to head out west. They rented a house in the Valley of Los Angeles that had a studio attached to it, and began recording what would become Modern Hymns.

Sonically, the album is more synth and bass-heavy than the Guards have ever gone before. Lyrically, the group delves deeper into the spectrum of human emotion. Follin welcomed his first child while recording the album which contributes to a vast array of new themes. Recording the album over such a lengthy period of time gives the album a wide mix of moods.

Guards formed in New York City when Follin finished a European tour and went to a recording studio. He began writing and recording with his sister’s band, Cults, and he ended up singing the songs. They put the songs on the internet and began to get show offers, so he formed Guards consisting of himself, Loren Humphrey and Kaylie Church. Follin and Humphrey were originally of the band The Willowz. The trio caught the attention of 3 Syllables Records and they released their eponymous debut EP on the label in 2010. They released their first single, “Resolution of One”, on Small Plates Records in December 2010. The single was re-released in May, 2011, on Kitsuné Music, with B-sides “Hear You Call” and “Swimming After Dark”.

Guards were formed in the summer of 2010, when Richie James Follin (of The Willlowz, Cults) was on a break from touring. He wrote an EP’s worth of material and decided to put it on the internet under the moniker Guards. The next morning the EP was all over the internet thanks to a few tweets from the EP’s guest vocalists Caroline Polachek of Chairlift and Madeline Follin of Cults. The Guards EP garnered much critical praise. NPR stated the band has “a sound deconstructed through the minds of musicians who look more to memories than they do to the future, and in the process find something that sounds like a new discovery.”. Dazed and Confused had this to say about the band, “the songs are uncompromisingly raw harnessing pessimistic heartache to craft tracks about birth, death and any emotional malaise you might experience in between.”. The Guardian simply stated, “It’s pretty fucking impressive”. Requests for live performances from Guards followed shortly after and Follin enlisted the help of Loren Humphrey (also of The Willowz) and Kaylie Church.

The band released their first full length album “In Guards We Trust” in 2013. The Wall Street Journal touted the record as “one of the years best albums.”, and Pitchfork proclaimed “…slack verses with palm-muted guitars give way to a monster chorus delivered with the confidence that tells you Guards know they have a hit on their hands.”. The NME would refer to the band as “Cali reverb scuzz kings”. NPR stated, “At a time in music when pop, rock, country and hip-hop acts all strain to create anthems that will inspire sing- along devotion in large-size audiences, Guards — a band that’s only been around for a few years and has released comparatively little music — is already well on its way to giving the anthem form more interest and gravitas than musicians with far more experience.”. Stereogum added in their review of the album, “…widescreen indie-pop garnished with epic hooks and hum-along melodies…[the album] takes a simple new-wave riff and builds layers upon it, reaching soaring, cinematic climaxes on the chorus, showcasing singer Richie Follin’s yearning vocal, always in service of the song’s central and indelible hook.” The Los Angeles Times proclaimed, “Guards toy with loud-soft dynamics, and touch on pastel harmonies and thick, almost ‘60s garage rock riffs, but it’s the back and forth between keyboardist Kaylie Church and Richie Follin that sets the group apart.”. IFC premiered the bands video for “Silver lining” and stated, “It’s a boisterous and driving track that shows Guards doing what it does best: Making raucous rock with a retro edge and undeniable appeal.”.

Guards have toured worldwide supporting such acts as Queens of the Stone Age, MGMT, Two Door Cinema Club, Palma Violets, and playing such festivals as Coachella, Lollapalooza, and Primavera Sound.

Guards music has been heavily featured in film and television, video games, and ad campaigns.