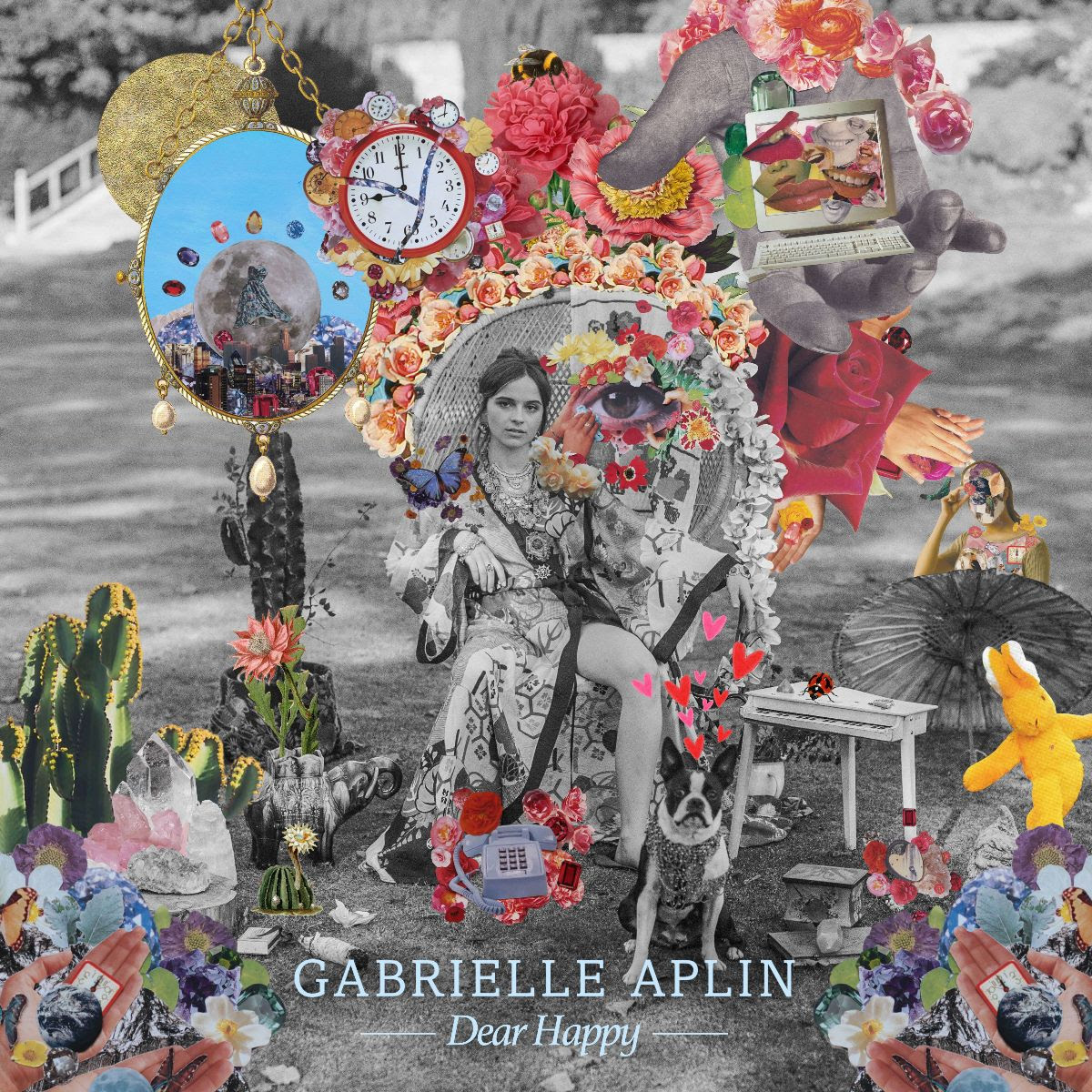 Gabrielle Aplin has announced the release of her forthcoming third album Dear Happy, due for release on January 17th via AWAL and her own label Never Fade Records.

Regarding the upcoming album, Gabrielle says, “I’m so excited to release Dear Happy into the world. It’s been a few years in the works as I figured out what I wanted to say with my third album. The start of this album, without knowing at the time, coincided with the moment I made a definitive decision to start to unravel and rewire my brain. Dear Happy subsequently became a documentation of this journey to myself. I wanted to use writing as a way of understanding.

To mark the announcement, Gabrielle Aplin has released the brand new track ‘Kintsugi’. The bright pop song celebrates strength and clearer perspective over past struggles.

Regarding the track Gabrielle Aplin says, “‘Kintsugi’ is inspired by the Japanese art-form based on the idea of ‘precious scars’, where they glue precious ceramics back together with gold and that became incredibly significant for me.”

Dear Happy is an uplifting pop record that chronicles Gabrielle’s life, and the experiences and cultures she has been inspired by whilst touring and traveling the world over the past couple of years.

Gabrielle has found great influence from her time spent in Japan, a country that she has visited and toured in six times. It is reflected throughout her work, and also stylistically in the beautiful video for ‘Nothing Really Matters’, taken from Dear Happy. Along with the Asian influence the video also depicts an artistic representation of the varying degrees of mental state that come with self-acceptance.

The love for her around the world in 2019 is no better demonstrated than from the single ‘Losing Me’, a dreamy collaboration between Gabrielle and JP Cooper, which featured in 36 New Music Friday Spotify playlists including the UK, achieving multi-million streams alongside great support from Radio 1, Radio 2 and more.

Dear Happy features some of Gabrielle’s most personal lyrical moments alongside a breadth of music and influences not yet heard from her before. The record displays the wonderful diversity of Gabrielle Aplin as both a pop star and songwriter in 2019.

Whether she is singing a stripped-back piano ballad or a huge pop song, her lyrical content and emotive vocal delivery remain at the forefront of her music.

The album title track closes and summaries the record perfectly; delicate piano touches build into beautiful pop production as Gabrielle sings the therapeutic song, which overcomes sadness and looks to a positive future.

2019 has also seen Gabrielle become an ever more prominent figure in promoting positivity and wellbeing for the wider world throughout her work today. She is a keen advocate for mental health awareness, animal rights and the benefits of a vegan lifestyle, which is highlighted in her vegan cooking series Food With Friends.

Gabrielle Aplin has just been announced as the leading face of a special music partnership with H&M to support independent music artists and rising talent, whilst rewarding loyal H&M fans with exclusive events.

Gabrielle has also co-designed the first-ever limited-edition collection for ‘H&M Music’, which will be available later this month. The capsule collection will include two t-shirts, a hoodie and a sweatshirt, all made from 100% organic cotton.

Regarding the collaboration, Gabrielle says, “I am so excited to be working with H&M. To be the first artist to be involved is amazing and I can’t wait to see the H&M Members at the special gig in October. I have also designed some merchandise with H&M, the designs are sustainably made from organic cotton which was very important to me and I love how they turned out.”