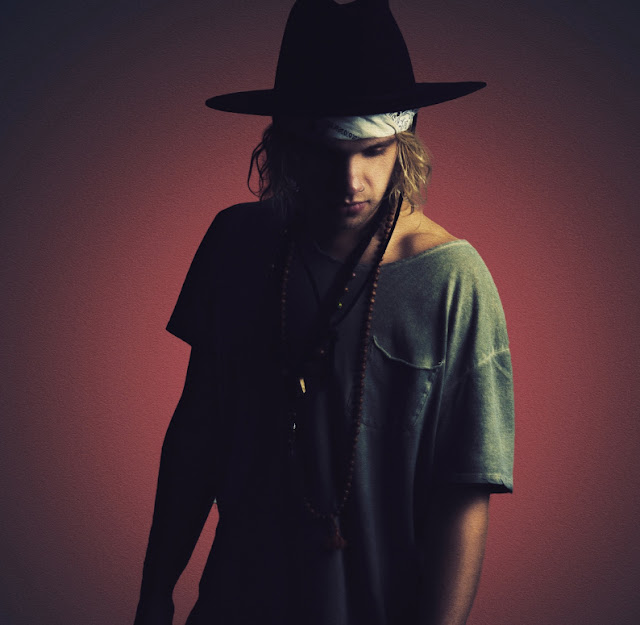 CVBZ is the moniker of Sean Jacobs, a Los Angeles-based Oregon native who writes and produces yearning, emotional dance-pop songs that edge toward chillwave and R&B. CVBZ released his debut single ‘Be Like You’ through Ultra Records in 2017 which racked up 12m+ streams and lyric + music video over 1 mil views. Then after writing RIAA certified platinum ‘Young’ by The Chainsmokers, CVBZ wrote and performed ‘Feels Great’ with Cheat Codes + Fetty Wap which peaked at #26 on Top 40 radio and is now RIAA certified gold.

On Friday, August 17, electro-pop musician–CVBZ–dropped his latest project – the five-track River EP via Vault Recordings/Caroline. With a mesh of pop and EDM, the Oregonian, LA-based artist has created the perfect summer soundtrack–fit for road trips to the beach and driving through “Hollywood”. Through relatable lyrics reflecting on relationships and familiar places, mixed with catchy bass lines – the EP resonates with a wide range of fans – both admiring Blackbear’s smooth lyricism all the way to undeniable hit-makers, The Chainsmokers.

The lead single “2 Gone” received high-acclaim during the start of the summer, with This Song Slaps saying: “‘2 Gone’ delivers nostalgic music for the millennial generation. The sampling in the intro lays the frame work for the care free youth he continues to reach with his lyrics.”

CVBZ says of the EP release: “Like a river…Life is an endless stream of interconnected events that flow eternally through us, and shape who we are… These are some of those events along the ‘River’.”