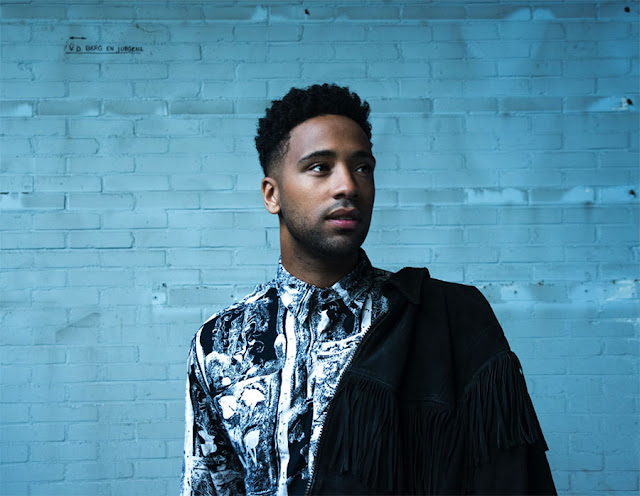 Cimo Fränkel’s ‘Never Give Up’ has just been released, celebrated with a shin-dig in the Hollywood Hills.

Fränkel is a multi-talented singer, songwriter and producer with over a decade of experience in the music business. The rising talent has already written a score of hits – including the multi-Platinum ‘Sex’, performed by Cheat Codes & Kris Kross Amsterdam, which has almost 450 million Spotify plays to date, going Gold in the USA, double Platinum in the UK, quadruple Platinum in the Netherlands, and gathering 7 more Platinum awards in other countries.

In February 2017, he decided to take what he had learned through collaborating with others, and go solo. ‘Occasional Love’, was Cimo’s first single, its reggae-infused, poppy vibes set the stage for a lot more home-made material to come.

Drawing from experience working in different genres and taking cues from Michael Jackson, his greatest idol, Cimo never restricts himself to a single sound. Citing inspiration from a diverse selection of artists, from Fleetwood Mac to Usher, there is only one constant to his solo material: it’s poppy, catchy and intimate.

Speaking of ‘Never Give Up’ he says: “Little sounds” is what I wanted for this release. I wanted it to be an acoustic guitar based song… without the acoustic. For some stupid reason after I finished all the original recordings of ‘Never Give Up’, my computer crashed and I had to rebuild most of the song including the vocal takes. I’m happy it happened because I prefer this version over the original demo.”