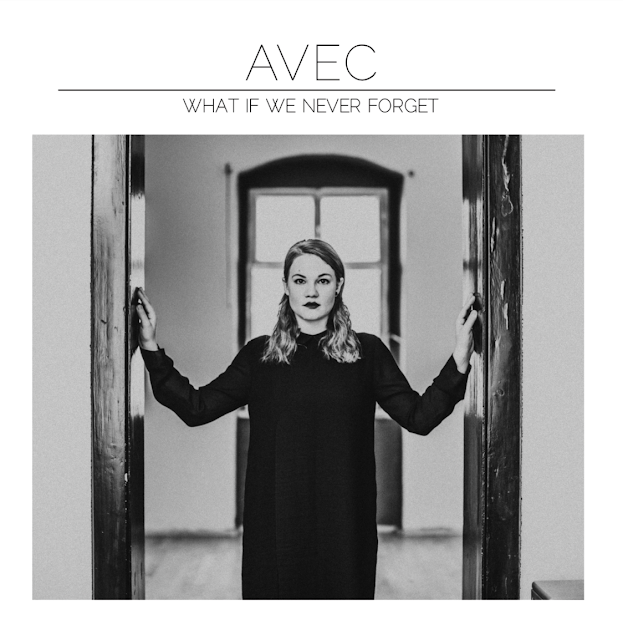 Austrian songstress AVEC has just released her debut album What If We Never Forget via Earcandy Records. The album was produced by Lukas Hillebrand and Alexander Pohn (Vera, Elke, Tyler, Julian Le Play), and follows her recent single ‘Waiting For’, ‘Waiting For Remixes’ which included reworkings by electronic producers Alex Schulz, HOUT and Nora Medin as well as latest single, ‘Bones’ . Alex Schulz’s remix received support from major Youtube channels Mr Revillz, The Vibe Guide and Chill Your Mind and HOUT’s remix was premiered by Data Transmission. AVEC has performed at Eurosonic Noorderslag Festival 2018 alongside artists such as Rone, Sigrid, Dillon, Au/Ra and many more.
Writing music is how 22-year old vocalist and musician AVEC keeps the wolf from her door – often reflecting on personal life experiences and weaving her life’s narrative . After the release of her 2015 EP Heartbeats, AVEC has bridged the gap between writing heartfelt lyrics and experimenting with textural sounds. For AVEC, lyrics are the key component to writing music, and language is a place of retreat – which leaves additional room for interpretation. Distancing herself from negative life experiences, AVEC simultaneously shares her own creative story through the powerful portrayal of human life and emotions through her music. AVEC has graced the stages of Reeperbahn Festival 2016 with the likes of Biffy Clyro and Get Well Soon, Vilar de Mouros Festival in Portugal with Primal Scream, Morcheeba and The Dandy Warhols, and opened for Zucchero at Burg Clam in her native Austria.
Although inspired by the likes of Bon Iver, John Mayer, The Lumineers, Oscar and the Wolf, Kings of Leon, Daughter, RYX, AVEC succeeds in creating her own language, where her imagination and ideas come together in her music. AVEC’s sound is comparable to the magical atmosphere just before the sun sets behind the mountains. It is melancholic but hopeful: the sun will rise again tomorrow.
On What If We Never Forget, AVEC has created  an album that speaks with honesty and clarity about the mysteries of love and life. The lyrics are of a story-telling nature, communicated in a manner that is moving, calming and melodic. Ingenious arrangements illuminate the songs, washed in AVEC’s alluring vocal work. Opening track ‘Waiting For’, sees AVEC inviting  listeners to crawl close to her words, allowing them to slowly come into focus. She crafts a sturdy melody with a pleasantly hazy foreground, while soaking her music in her own surroundings and experiences. ‘Bones’ bears a hushed and haunting soundscape, delivered in a pure, unblemished voice. The result is a perfect, melodic flow declaimed with a striking emotional imprint –  beautiful to listen to. ‘Youth’ is a sincere, soulful track, brimming with honesty. The melody is carefully crafted, and the vocal stylings lay bare the singer’s heart truthfully and effectively. With her expressively breathy vocals and stunning sound arrangements, AVEC sets free a piece of her soul to tell its own story. The album concludes with ‘Shadows,’ a pleasingly reflective offering, using guitar and strings elegantly and sparingly to reveal the deep craft at the heart of What If We Never Forget.
iTunes
Follow AVEC:
Website – Facebook – Twitter – Soundcloud – Youtube – Instagram – Spotify